4 Facts About the Classic Ginger Jar

Ginger jars (those blue and white ceramic urns on display inside your mom’s sideboard in the dining room) have been a classic part of our decorating vernacular, but we hardly ever appreciate their aesthetic quality. Whether you grew up in awe of your family’s collection or you’ve never even heard of ginger jars, here are four little known facts about the origins and history behind one of the most underrated home accessories of this generation.

They’ve been around for an insanely long time.

And before you buy one from Target for $33, just know that they’ve been here longer than Target has, by a few thousand years more. These unsuspecting home decors first appeared during China’s Qin Dynasty (221 BC-207 BC) and served as a way to store herbs and spices like, ginger maybe.

They’ve inspired copycats since the 17th-century. 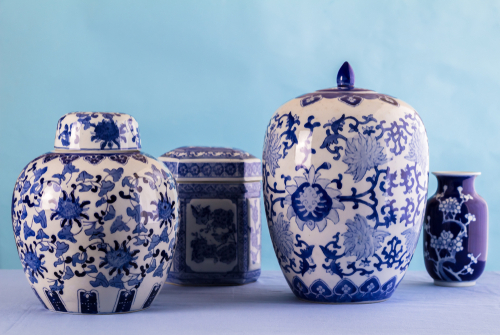 Because of the super close trade relationship between the Netherlands and China in the 1600s, the Dutch were introduced to these beautiful blue and white pottery as a luxury import, which made its popularity reach the stars. But when war broke out in China, less of these intricate pots made it outside the country so Dutch craftsmen had to get creative and started making their own versions to sell as porcelain. In fact, they have perfected the art of copying these jars to the point where they made their own brand, Delftware.

They’re not all blue and white.

While everyone just adores these colors, this beautiful work of art also came in other colors. The rarer color variations like orange, red and yellow came out, with the yellow ginger jars considered to be luxury goods as it was associated with the emperor of China. 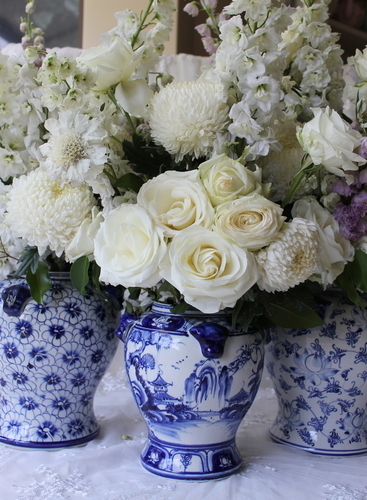 They can bring in a pretty penny.

It’s lucky that you can buy mass-produced ginger jars from many websites and stores for a cheap price, but the real blue and white jars can be worth a lot of money. In 2007, a 17th-century ginger jar from China was sold at an auction for $27,000. So if you want a glimpse at the good porcelain without spending your life’s savings, then head on over to an art museum that has a Chinese ceramics display.

Next time you decide to buy a ginger jar from HomeGoods, just know that you are taking home a product that’s been part of our world’s rich history—that, and you just scored an antique luxury good for dirt cheap (compared to what others usually pay.)

5 Houseplants That are Ridiculously Easy to Grow
I'm sure we've all bought plants for our homes and added that touch of nature and beauty in a few rooms. But because of our hectic schedules and busy lives—don't worry, I've done..

Dahlias- 5 Facts About These Lovely Flowers
Beautiful, delicate and vibrant, Dahlias have always been a favorite choice for floral arrangements. With many different sizes, colors, and shapes, they are amazingly versatile..

5 House Trends that are About to Make a Comeback
While every generation tends to believe itself the expert of trends that they assume are new and unprecedented, the truth is that trends are cyclical in nature — what is hot and..