5 Classic Cars That Will Never Go Out of Fashion

by Dhruva Swaminathan
Share on Facebook
What makes a car a true classic? Truly iconic cars transcend popularity and trends as they influence the way we perceive vehicles. Sometimes the “classic” status can be sealed in an instant, like when an auto appears in a movie or TV show. In other cases, appreciation for the car builds over decades. One thing is clear: classic cars exist in their own space and beyond time. They’re instantly recognizable and there will always be a demand for them. Cars are often at the forefront of change: in culture, in social attitudes, and in spirit; the iconic ones make a statement and occupy a presence that can never be recaptured. And that’s really something. Here are 5 classic cars that will never go out of fashion:

Some say “Jag-war”, others like to call it the “Jag-u-ar” – almost all agree that the Jaguar is an iconic car. In 1961, the E-Type was introduced to the public and there were legions of enthusiasts lining up right away. The legendary Enzo Ferrari once called it the most beautiful car ever made. It’s no wonder that the Jaguar remains at the top of the automobile chain to this day.

The ‘67 model was the first major redesign of the original Ford Mustang. It became an instant classic and continues to garner widespread popularity and acclaim today. When you take a look at its streamlined design and marvel at how the car oozes class and style, you instantly recognize why this car is a bonafide classic.

The original “Bond car” is timeless. The iconic scenes from Goldfinger with the Aston Martin DB5 will be forever etched in the annals of cinema history; but even if you leave aside the car’s cultural impact for a second, it’s impossible not to recognize it on its own merits. It’s got an instantly identifiable style, and car enthusiasts all over the world have remarked on how good a drive the Aston Martin is.

The ‘69 Dodge Charger is one of those cars that seem like it may go out of fashion at some point, but it never actually does. What makes this car a classic? Well, for starters, it’s unique and instantly recognizable. It continues to garner acclaim across the globe, and can be seen as the most prized possession in many garages. 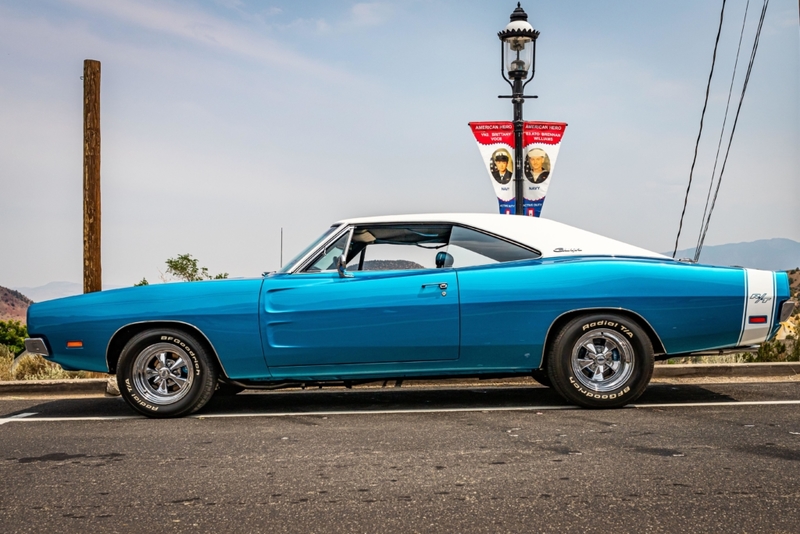 It’s hard to believe that the Chevy Camaro was a rush job. GM wanted to present a viable alternative – to put it politely – to the widely successful Ford Mustang. What we got instead of a shell from this desperate effort, was a car that is every bit as classic as the Mustang. Camaro would soon become that car’s greatest rival, but more importantly, it would go on to become iconic on its own merits.