5 House Trends that are About to Make a Comeback

While every generation tends to believe itself the expert of trends that they assume are new and unprecedented, the truth is that trends are cyclical in nature — what is hot and in demand, today could be replaced by something else tomorrow, only to be superseded by something else after that, etc. It may shock young people to know that what they have created and designed today are actually an updated version of a similar idea in the past — maybe with a few changes here and there, but basically, just a new take on an old concept (retro, anyone?). 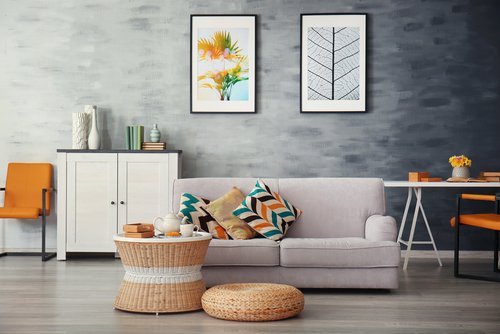 The same thing applies to interior design and home decor, although perhaps things move a little bit slower in this field. Here’s a good example: a mid-century modern design. It has become more popular in the past 10 years and has become so prevalent that it has basically served as a reference point for modern design. Although no expiration date seems to be in sight for elements of mid-century design among most people, designers are already looking out for the next big thing. But that doesn’t necessarily they’re ready to embrace something that has never been tried before. In this case, moving on just means revisiting an earlier point or style whose time to shine has come (again).

Originally, mid-century modern design, which featured clean lines and minimalist approach to decor and furniture design, was a direct reaction to the design style that preceded it: art deco. In art deco style, enhancement in the form of old-school glamour, geometric patterns, and symmetry abound. In fact, these days, there is renewed interest in Gatsby-era design in lounge chaises and chairs, as well as wood pieces. But regardless of which one came first, it makes sense that the revivals of the two contrasting styles would follow each other.

Here are five trends that are primed to make a comeback. Not only that, but we’re also adding some suggestions as to how you incorporate them in your own home.

If you talk to a Southerner whose house is adorned by a porch, wicker and rattan have never really left the scene. Today, these materials have become even more mainstream in their natural wood color, similar to bamboo — recalling the Tiki days of the 1960s and 1970s. The recent resurgence of such materials is attributed to the general boho aesthetic that seems to have attracted a lot of fans these days; in more traditional spaces, however, rattan, bamboo, and wicker can be readily found in headboards, bar stools, and storage containers such as side tables and chests. 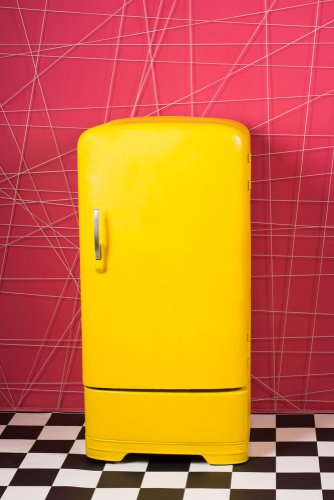 In the past few years, a picture of a high-end, contemporary kitchen would typically include appliances made of stainless steel — sleek, cutting-edge, and streamlined. These days, we’re starting to see an influx of retro appliance designs in showroom floors (e.g., brightly colored ‘50s-era refrigerator, mockup of a vintage wood-burning stove). With the aid of modern technology, you can add these retro appliances to your kitchen as fun, eclectic set pieces to enhance your own quirky style, or as a nuanced element that adds elegance and a bit of historical backdrop to your residence.

After years of wallowing in white and neutral spaces in home magazines and Pinterest, it seems like the right time for a bit more color. At the moment, some of the more popular hues are reminiscent of the 1970s-era living room: orange, tans and browns, avocado green, and mustard yellow! There might come a time when you will feel a twinge of regret for going the whole hog (what with all those bold colors swirling all around you), but the earthy tones should at least be a safe bet because they go so well with neutral and pastel colors.

Going for a metallic look

Another trend that’s slowly materializing lately: chrome accents to just about everything. Brass has been a popular choice these past few years, as you seem to see it everywhere — in cabinet hardware, light fixtures, chair legs, etc. However, as with other things, people can get a little weary of seeing too much shiny gold, so now you need to be ready to see a lot of stuff with chrome (shiny silver) accent. Chrome decor and chrome furniture go well with art deco, and they also can readily sport that 1950s vibe.

Let There Be Light: All About Lighting at Home
When it comes to creating ambiance, lighting can make all the difference. Here are some ways to use lighting differently – whether for functionality, setting a mood, or..

Make the Most Out of Your Dental Hygiene Products
Did you know that some of the most common dental products have some unknown potential?

The Best Way to Organize Your Books According to Feng Shui
If you're looking to change the energy in your home, try moving your books into the room in which they more accurately belong.