Ethiopia’s Church Forests are a Sight to See

When you try to look at Northern Ethiopia from an aerial view, you can pretty much see a vast brownfield and networks of roads. But on the contrary, there are little patches of green forest around all because of churches. This church is the Ethiopian Orthodox Tewahido with a denomination of about roughly 50 million members. These churches are numbered more than 3,500 and set throughout the Ethiopian countryside which was built inside of forests. Their followers believed that these forests are as sacred as the religious church structures that they have built around it. It is said to be resting in the inner shade.

This kind of idealism is far from what the rest of the country is experiencing. Right in the earlier part of the 20th century, these forests surrounded 40% of the lands in Ethiopia. But now at a much later date, due to the expansion of the population as well as the need for agricultural lands to be able to provide provisions for the world’s 12th largest population, there are only about 4% of the country’s landscape with forest lush. 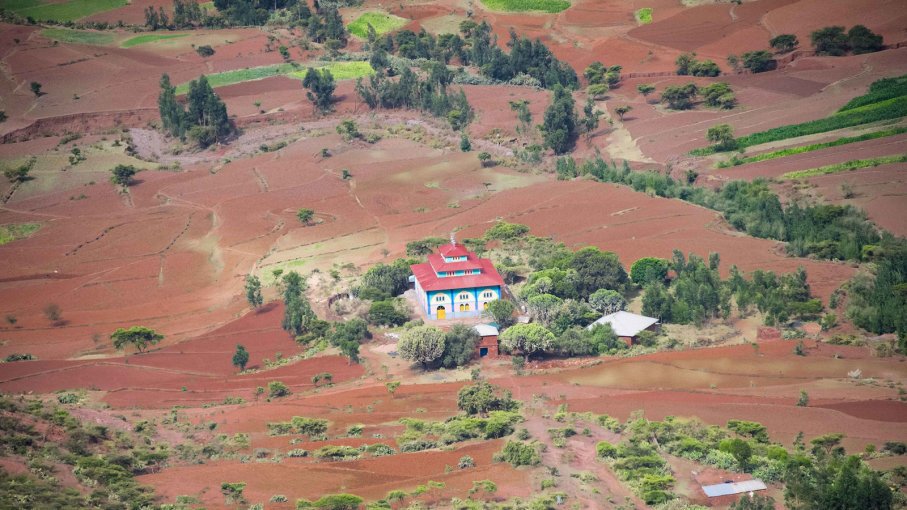 That remaining 4 % is profoundly protected by the church. These patches of forest that the church built into are most certainly ancient. There are churches which are as old as 1,500 years and you can imagine that these forests date way back. The forest is not only shade to the sun-parched people and wild stock, but they are also a dwelling place for biodiversity of a country that is weighed down by deforestation from agriculture and overgrazing from herding. Additionally, they protect water supplies, soil quality conditions and provide a place for pollinators which help the forest and adjacent crops.

According to a study that was published in March of 2019 in the journals of PLOS One, it shows that the undertaking or the disturbances of humans and livestock have a large influence on the overall health and the biodiversity of the church’s forest. Due to the stomping of human feet and hooves from the animals, it messes up the forests’ size, density and adds isolation of these ecosystems. In order to solve this problem, some of the churches built a stone wall to prevent cattle from stomping through it. After putting up the walls, one study found out that it significantly help improve the growth of new plants. That is why it is suggested for an ever continuing planting program and restrains any clearings operations for paths. The conservation efforts of the church’s community lie heavily between them and the forests’ interdependency as well.