With all of the new luxury cars out now, you may wonder which of the ‘extras’ these type of vehicles usually offer are truly relevant to your needs. Like, does it really matter that this brand new Bentley has a 626 hp, 12 cylinder engine? Or, that it can accelerate from 0 to 60 mph in only 3.7 seconds?

This gem of a car is spacious and can accommodate four people while still having space for some baggage in the trunk. What else do you need? 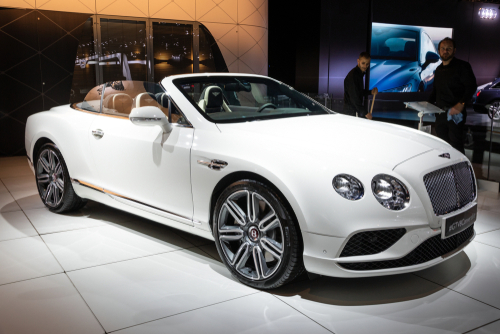 Bentley had a clear vision when they began creating this car, they envisioned something unique. We tested this supercar down southern Spain, in the Andalusian countryside, running the elegant Continental GT for eight hours under the sun. At the end of the day, we felt great. We were very impressed, but we wouldn’t go too far to call the ride perfect.

Gravity is a Beast

We’ve talked about appreciating the automobile as a whole, but if you’re still interested in delving into the smaller details, the numbers worth considering include the Continental GT’s weight of 5,322 lbs, the 16.5 inch front iron brake rotors (huge!), and the 15 inch rear brake system.

It’s brake rotors are even bigger than the wheels of many average cars, and more than twice the weight of the smallest fuel gobblers in American highways. It’s just the right mechanism, with the sufficient amount of power needed if you want to hold down a Continental GT Convertible that runs at an apex at 80 mph.

There is an apparent mismatch when driving this machine through roads that are a bit too narrow. To gear up the front wheels before an apex without first dropping the speed will cause considerable understeering, taking some time for the driver to regain some control and execute the turn prior to being out of track.

A much better thing to do would be to lower the speed before making a sharp turn; to decelerate and gain better control before steering. We noticed a remote feel to the tiller, like the wheels are too distant. It’s a bit of a disappointment, sure, but we wouldn’t call it a deal-breaker. With a vehicle this huge, it’s quite expected to a certain degree.

VW Group has command over Bentley, and under its umbrella are supercars like Bugatti, Audi, and Porshe. The designers wanted Bentley to be incredibly comfortable, making it run on air suspension. Overall, the automobile can be a bit sporty, but not like a Porsche. What we have is a solid ride that’s not inflexible. It has its own style, creating its own market, which is a great branding strategy.

The interior of a Bentley is incomparable to any car out there. Not even a Porsche could match its quilted leather seats that are astonishingly sewn by hand; 310,000 stitches, the length of thread used goes as far as 1.7 miles, making the seats flexible and as comfortable as fine furniture. Aside from the pliability of the seats, there are functions that add to your relaxation while driving such as a massage mode, and having a cooling and heating feature. All the while, driving the car for hours, we’ve never felt a bit uncomfortable.

We’d be wrong not to acknowledge the rooftop, which opens and shuts in nineteen seconds. It can be employed while cruising up to 30 mph, and the roof fitting is impervious. If you drive with it closed, you get the same feel as if driving a metal-roofed automobile, tight against the rushing wind. In spite of Brexit’s issues, Bentley still hasn’t lost its British charm and offers various colors (7) of top options.

A venting system is installed around the seats, and behind your neck comes a soft current of warm air. Imagine driving in a place like Scotland, in a cold atmosphere, with the top down…this feature will definitely come in handy.

Bentley forecasts that approximately two-thirds of its production of the new Continental GT Convertible will be acquired by the American market. Most of it going to California, in the cloth-top design. Since the Great Recession, Bentley’s output has breached the 10,000 mark worldwide, led by the high performing Bentayga SUV.

Go for the convertible (semi-pragmatic) if you wish for something unique, and we almost forget to mention the car’s all-wheel-drive capability that’s also going to be appealing to a wide market.

Proper Winter Prep for your Car
Your trustworthy four wheels might become less trustworthy during winter, which is exactly why preparing your car for the winter is no laughing matter. Here is how you get..

Thanks to This New Mountain Bike, Disabled People Can Ride in the Wild
We take for granted some of the most basic functions in our lives. Take breathing for example — we are usually unaware of our breaths until we get sick and our noses get..

The Rolls-Royce Ghost Will Think For You
The way technology is evolving, it almost feels as if nothing can really surprise us anymore. What does it all mean?