by Barnali Sarkar
Share on Facebook
Thailand is a rite of passage for any traveler, with good reason! Pristine landscapes, delicious food, and fantastic shopping are just some of them. It can be tough to tear yourself away from the dizzying sights and sounds of Bangkok and Chiang Mai. But staying put does a disservice to everything else that Thailand has to offer. Choose the not-so-familiar roads of these equally fabulous places in Thailand, for a unique experience, of a magnificent country. 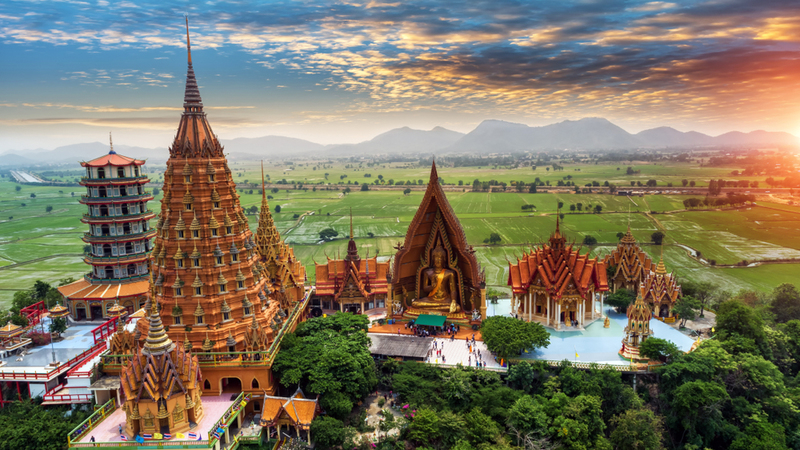 Shutterstock
Kanchanaburi
The intriguing Kanchanaburi in western Thailand has something for everyone visiting. The region was once home to a Japanese POW camp during World War II. History enthusiasts can visit several war sites, museums, and galleries. One of the most popular attractions here is the infamous Burma Railway or the ‘Death Railway.’ It’s where the ‘real’ bridge on the River Kwai stands, made famous by the movie of the same name. Kanchanaburi is also a nature lover’s paradise. Its lesser-known waterfalls, lakes, hot springs, and national parks are some of the most pristine in the country. 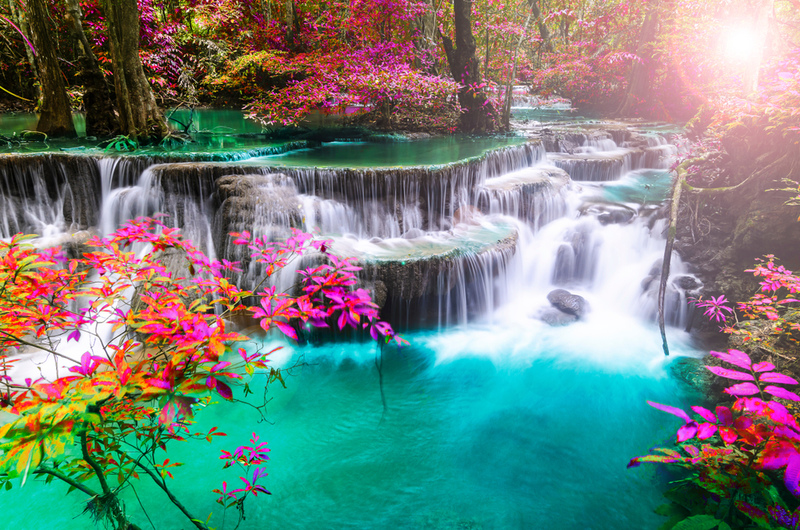 Chiang Rai
If you like your towns laid back and sleepy, Chiang Rai might be what you seek. Located in northern Thailand, the mountainous town of Chiang Rai is the more offbeat version of its most popular cousin, Chiang Mai. Most tourists consider it a transit stop before heading to Laos or Myanmar. Not too many people stop to smell the roses here. Those who do are the lucky few that experience Chiang Rai for the hidden gem it is

Sukhothai
History buffs, make your way north of Bangkok to the city of Sukhothai. Far from the madding crowd, Sukhothai was Thailand’s first capital – regarded as the birthplace of Thai culture as we know it today. Walks around this UNESCO World Heritage city offer glimpses of the country’s rich architecture and culture. What’s even better? Sukhothai’s remoteness means you’ll probably be one of the few tourists ambling its pretty streets. The city lies around 230 kilometers from Bangkok.

Mae Hong Son
For an experience like no other, travel to the Mae Hong Son located on the border of Myanmar and Thailand. It’s also known as ‘The City of Three Mists.’ High mountains surround the city, bringing cold winds and temperatures – a blanket of mist covering its forests, flowers, and mountains through all three seasons. But Mae Hong Son isn’t just another beautiful city. It’s also a great place to see cultural intersections between Thailand and Myanmar. 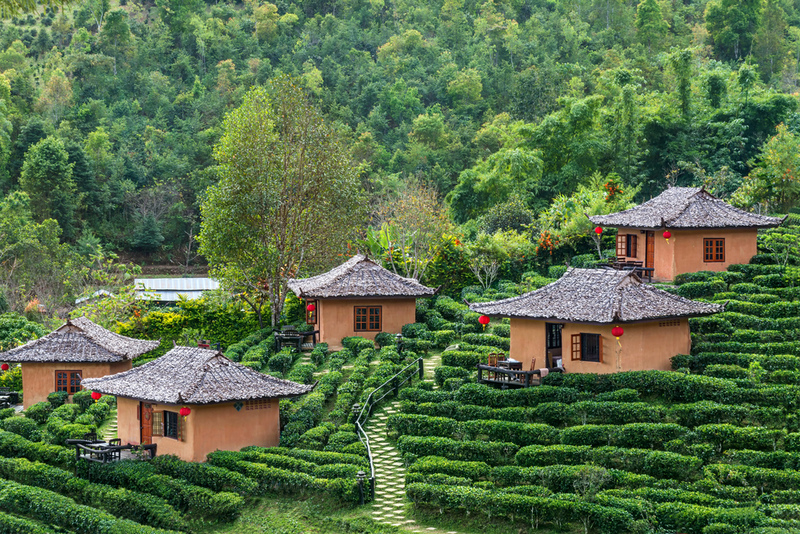 Shutterstock
Khao Lak
Thailand is a riot for the senses, and that’s why we love it so much. But even the most adventurous of us need a breather now and then. If you’re a quiet traveler seeking solace or just looking to recharge before the next party, escape to the quiet beaches of Khao Lak. Located on the country’s south-central coast, the city of Khao Lak has numerous deserted beaches and stunning islands. Soak up some sun and peace, far away from the bustle of other Thai cities.

10 European Destination That’ll Keep Active
Go Ice Climbing in France If you're fond of winter activities head to the French Alps! You can go husky sledding, skiing, and even sleep in an igloo. If you have the stamina,..

These Amazing Travel Books Will Take Your Mind on a Journey
If your soul is hungry for some adventure we've ruffled up a list of some of the greatest books about the back-packing life.