As the premiere of the final season of hit HBO series Game of Thrones looms, the network has gone all out to make sure people like you become invested in the show before it airs on April 14. HBO’s #ForTheThrone Campaign’s latest stunt is a pretty bold one: A scavenger hunt that puts their fans to the test as they scour the world for the 6 well-hidden Iron Thrones.

It has been quite a while since the seventh season concluded, and some folks are wondering why would anyone travel across the globe in search of those chairs. First off, the iron throne is by no means an ordinary chair. It’s actually made of many swords forged together by dragonfire, yes, from an ‘actual’ fire-breathing dragon, which means that this isn’t some ordinary couch that someone would sit on.

Secondly, there are a lot, and we mean A LOT, of GoT megafans out there, and they’ll surely pull out all the stops just to find them! 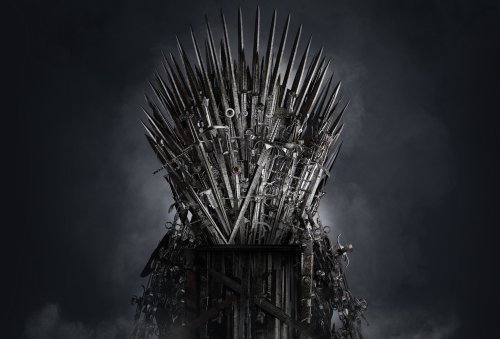 This particular throne has been the cause of the many wars and conflicts throughout the series. Years ago, this iron throne was forged by Daenaerys’ great great grandfather, Aegon the Conqueror, and whoever sits on the Iron Throne is given rule over all the Seven Kingdoms.

This is why many people in the land of Westeros have had their sights set on it ever since. Because of this, threats of a coup are always looming over Westeros, whether it’s from a fanatic religious cult within the walls of King’s Landing or plotted by Khal Drogo himself.   As of the final episode of the seventh season, Cersei boastfully rules the land even though it was revealed that Jon Snow is the actual heir to the Iron Throne.

Aside from that, the Night King ceaselessly marches onto the Capital, accompanied by an ice-breathing dragon and an army of the undead White Walkers. If you still don’t fear for Westeros’s fate, then you should now. Winter is truly coming.  If the dark history and tragedy attached to the throne still don’t bother you and you still intend to ‘claim the throne’, you can still embark on a personal quest for the ‘real-life’ Iron Throne.

Though, as of this writing, five of the six thrones have already been found, and it’s only a matter of time before the remaining one is discovered. This means you should ready your eyes and ears for hints about the remaining throne, and be sure to prepare accordingly. And most of all, good luck!

10 European Destination That’ll Keep Active
Go Ice Climbing in France If you're fond of winter activities head to the French Alps! You can go husky sledding, skiing, and even sleep in an igloo. If you have the stamina,..

These Amazing Travel Books Will Take Your Mind on a Journey
If your soul is hungry for some adventure we've ruffled up a list of some of the greatest books about the back-packing life.