If you have found yourself fully able to create a to-do list and successfully check off every single item off, congratulations, this is not for you. If you are, however, one of the many people that find it impossible to complete that list day after day, then not to worry. There might be another issue plaguing you here. According to a new study from researchers at the Queen Mary University of London, our list-making abilities need some serious re-evaluation.

While you might be able to complete most of your goals, there are inevitably those more challenging ones, such as “wake up an hour early and meditate,” or “write 500 words before going to sleep.” These could be the more stubborn bullets, the ones that day, after day, go unchecked.

While this could suggest that we all possess a streak of masochism, it could also indicate that we might be too focused on the result rather than the effort. The study that was published in the journal Behavioural Brain Research gave participants two ways to exert effort, one physical – by squeezing a joystick, and one mental, by solving mathematical equations.

hey were also presented with high or low efforts and high or low rewards and were asked to pick which one they wanted to try. The study determined that while participants would typically choose the greater effort for the bigger financial reward, their performance ultimately reflected their willingness to expend the required energy for the said reward. 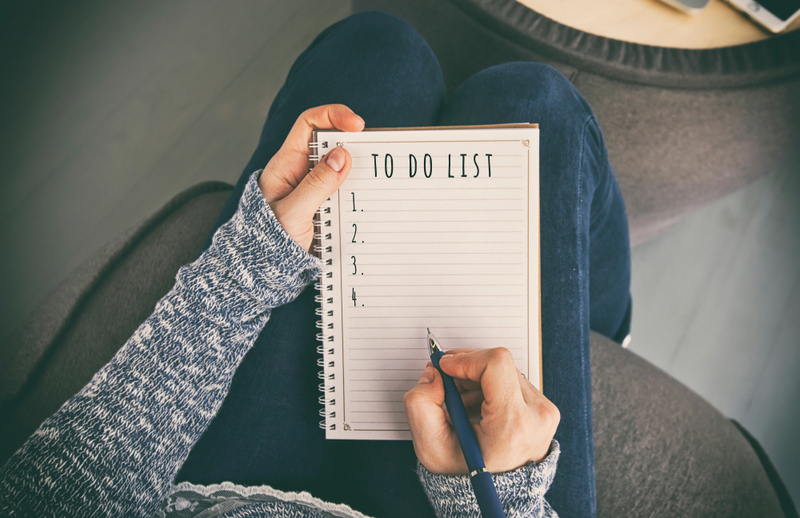 In a press release about the study, Dr. Agata Ludwiczak, the lead author, said, “We have found that there isn’t a direct relationship between the amount of reward that is at stake and the number of effort people put in.” She says this is because when we choose what goals to attempt, we’re motivated by their rewards, but when it comes time to actually do them, we’re stymied by the effort they take.”

What can we learn from this when crafting our supposedly helpful to-do lists, is that we should be fully aware of the actions they require, rather than the rewards they yield. These actions do ultimately propel us towards achieving our goals, but when we are too focused on reward, we might overlook the smaller steps it takes to get us there—food for thought.

Interesting Facts About the Most Famous TV Houses
High profile TV shows are constantly engraining themselves into pop culture. Oftentimes, the filming location of those shows become just as iconic as the characters! Here are..

Make Your Own Customized Doormat
We put a lot of thought into the sign on our home door, but we rarely dedicate the same attention to our doormats. But these can be just as fun and playful as the door sign..

The Newbie’s Guide to Microgreens
Fancy growing your own? Here are some tips that help ease you into the latest health trend.