Hidden Facts About Albus Dumbledore That You’d Be Surprised About

by Zoe Karbe
Share on Facebook
The headmaster of Hogwarts, Albus Dumbledor has always had an aura of mystery around him. In both the books and the film, he was slow to reveal things about his past, and most importantly, to whom. But throughout his arc, there are hints and allusions to things about Dumbledor that even the most dedicated Harry Potter fan may have missed. Here are 5 little known facts about the Hogwarts headmaster.

Aberforth May Not Be His Only Brother

Albus’s brother Aberforth appears briefly in  “Harry Potter and the Order of the Phoenix” and is introduced in “Harry Potter and the Deathly Hallows.” The character plays a pivotal role in helping the trio sneak into Hogwarts for the series’ final battle. While it seems that this is the only brother of Albus, there might be more. In the 2018 film “Fantastic Beasts: The Crimes of Grindelwald,” Gellert Grindelwald mentions to orphan Credence Barebone that his real name is Aurelius Dumbledore and that he is a  long-lost brother of Albus, Aberforth, and Ariana. Looks like there’s more to Albus’s family tree than we thought.

His father Spent The  Rest of His Life in Azkaban

In the seventh “Harry Potter” book it is revealed that Ariana Dumbledore was a victim of a violent attack by Muggles who saw her practicing magic. The event prompted Albus’ father, Percival Dumbledore, to take justice into his own hands and avenge his daughter.  Of course, this action is highly condemned by the Ministry of Magic. In an effort to protect his daughter against possible jail, he owned up and thus was sentenced to life imprisonment in Azkaban.

Before he took his position as headmaster, Dumbledor taught Transfiguration, yes. But in 2018, Jude Law, who portrays Dumbledore in his youth in the “Fantastic Beasts” films, told Entertainment Weekly that the professor at that point in the series “doesn’t teach Transfiguration.” When “The Crimes of Grindelwald,” was released many fans and media outlets theorized that Dumbledore may have actually taught Defense Against the Dark Arts at Hogwarts previously. 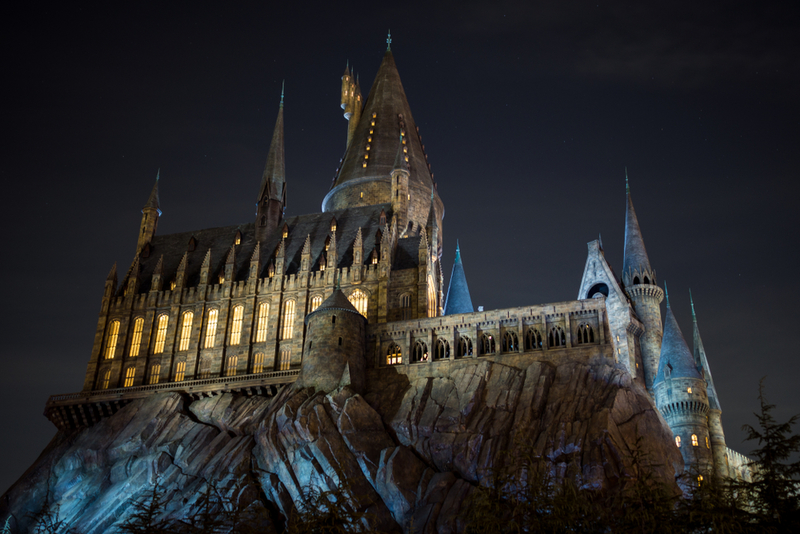 He’s The Recipient of an Order of Merlin Award

The coveted Order of Merlin is an award given to wizards who have demonstrated remarkable acts of valor, reached the highest levels of achievement, or made great contributions in their fields. It was Dumbledore who was given the highest version of the award — Order of Merlin, First Class — for battling and destroying Gellert Grindelwald in 1945. This event made Wizard history and thwarted Grindelwald’s climb for power.

The Mirror of Erised, the mirror that reflects one’s true desires revealed something of Dumbledor. When Harry, in the scene, asks him what he sees, Dumbledor says a pair of woolen socks. But in reality, Dumbledor actually saw a similar thing to Harry and that was his whole family, alive and well.