Practically all of the internet data in the world passes through underground (and underwater) cables. Today, a number of companies are shifting their eyes towards the sky to enlarge the web’s capacity and make broadband coverage available to everyone on the planet, including those who still don’t have access to the internet.

OneWeb, SpaceX, and LeoSat are currently in the early stages of their plan to send up hundreds, if not thousands, of satellites in their bid to establish an orbiting internet network. In fact, one company has already established itself up there.

SES Networks (Betzdorf, Luxembourg) already has 12 satellites circling the planet and is planning to beef up its fleet of satellites by sending up four more in the near future. Through its satellites, SES Networks is already delivering high-throughput data services in various locations, some of which are found in poor or remote areas (e.g., Chad, Madagascar, Democratic Republic of Congo, South Sudan, Cook Islands, East Timor, Papua New Guinea, and the Caribbean).

According to Stewart Sanders, executive vice president of technology for SES Networks, “In the rapid development of the company, we’ve been able to very quickly deliver high volume data to remote parts of the world and to enable them to connect to the internet, Facebook, Google, remote medical support, humanitarian aid, and more.” He added that it’s difficult to overestimate the social and economic benefits this initiative has enabled for their customers.

Internet beamed from the sky

These satellites can trace their origins to O3b Networks Ltd, a company SES Networks purchased in 2016. After forming O3b Networks in 2007, entrepreneur Greg Wyler worked to develop telecommunications in the early 2000s in the rural areas of Africa. While working to set up mobile phone service in post-war Rwanda, Wyler began thinking about a more effective way of making high bandwidth available to the other 3 billion (hence the company name, “O3b”) people who still didn’t have internet access.

As fiber was too costly and vulnerable to breaks and power interruptions, which are a common occurrence in developing nations, the entrepreneur thought about using satellites instead. He was not interested in the type that’s already being used to provide internet through companies such as DirectTV and Dish Network. These companies were using satellites situated roughly 22,000 miles above the equator in geosynchronous Earth orbit (GEO), an orbit that has been conventionally used for telecommunications. At that altitude, satellites can emit signals that can cover wide swaths of the planet — almost 2,000 miles wide at a time. The distance, however, leads to a delay (known as latency). 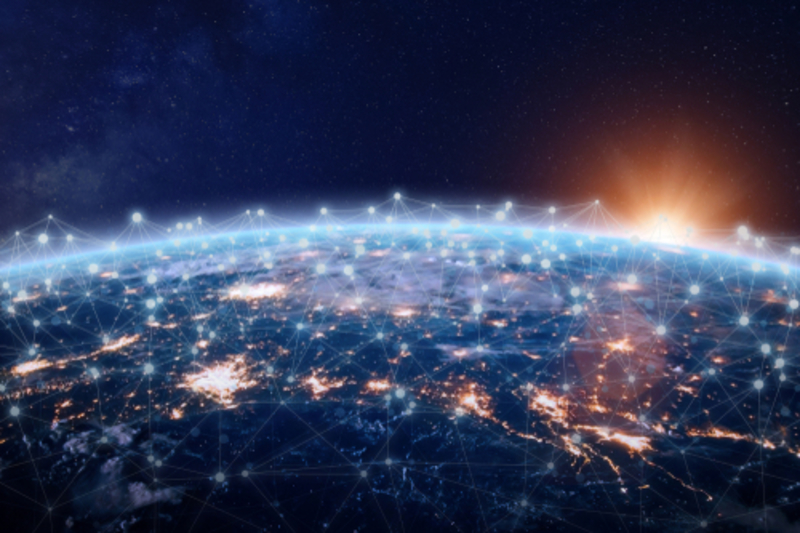 Typically, signals beamed from geostationary satellites can take about 500 milliseconds (or 0.5 seconds) to reach Earth and back again. To provide internet services, this amount of latency is simply not viable. Thus, Wyler turned to satellites that could hover at medium-Earth orbit (MEO), approximately 5,000 miles above the earth, which is substantially lower than the geostationary orbit. At that altitude, latency is lower than 150 milliseconds (0.15 second). Today, the O3B fleet is part of SES Networks, which also operates 50 satellites in GEO.

Every MEO satellite has 12 beams, of which two are aimed at gateways on the ground; as for the rest of the beams (10), five are connected to one gateway beam while five more connect to the other. The 10 beams are known as user beams, and each of them can offer up to 2 gigabits per second throughput to a user. To support the O3b MEO Fleet, SES Networks has set up seven gateways worldwide; according to Sanders, an MEO satellite can see multiple gateways at any given time.

Wyler made his exit at O3b Networks in 2012 to start up OneWeb. Along with SpaceX, OneWeb aims to launch satellites into low-Earth orbit — 111–1,242 miles above the earth’s surface — which could mean even lower latency for the satellites. This lower altitude also reduces the time it takes for a satellite to see a gateway, so the number of satellites needed to provide global coverage will be substantially higher — which would increase the system’s complexity.

A proposal to launch a total of 4,425 satellites into low-Earth orbit, at 700 miles or more above the Earth’s surface, was filed by SpaceX in November in 2016. Sending that many satellites is going to take time and money, according to Sanders. It should be noted, however, that SpaceX and Blue Origin, a rocket company owned by Jeff Bezos, are currently developing reusable rockets, which could substantially pare down that cost. Moreover, SpaceX has informed Congress that it intends to initiate its ambitious satellite launch campaign this year. 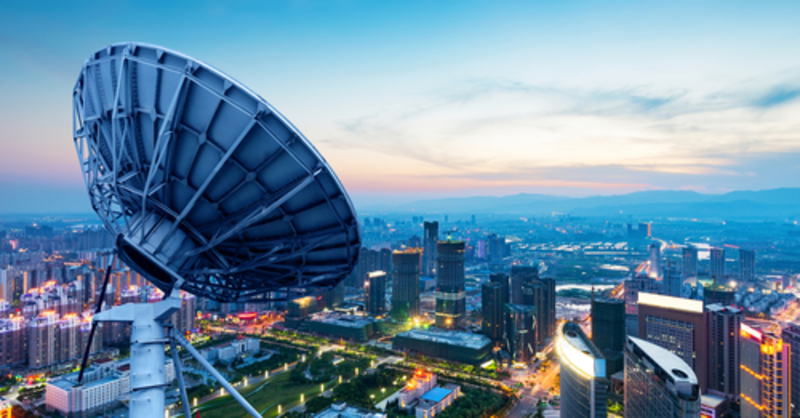 Meanwhile, OneWeb is projected to send up 720 LEO satellites, and plans are in place to launch its first 10 satellites in 2018. The company hopes to start offering low latency broadband by 2019.

As the pace continues to have these space-based systems start operating as soon as they’re ready, the fifth generation of wireless service (5G) is also poised to make its entrance. With this confluence of events, even people in remote locations and those living in hard-to-reach places may soon have access to the speediest internet service available.

“I’ve been in this industry well over 30 years, and there’s been more activity in the last five or so years, than probably in the previous 20,” Sanders observed. “It’s incredible.”