Intimate Details About the Moulin Rouge

by Ofek Hagag
Share on Facebook
The iconic Moulin Rouge Theater in Paris has been entertaining people for more than 120 years and is one of the most popular touristic destinations in the city. Over the years it has inspired no less than 4 films, a musical, and numerous works of art. Whether you’ve been planning on seeing the place with your own eyes or are just interesting to learn more about it, you’re going to want to know these interesting facts about it. 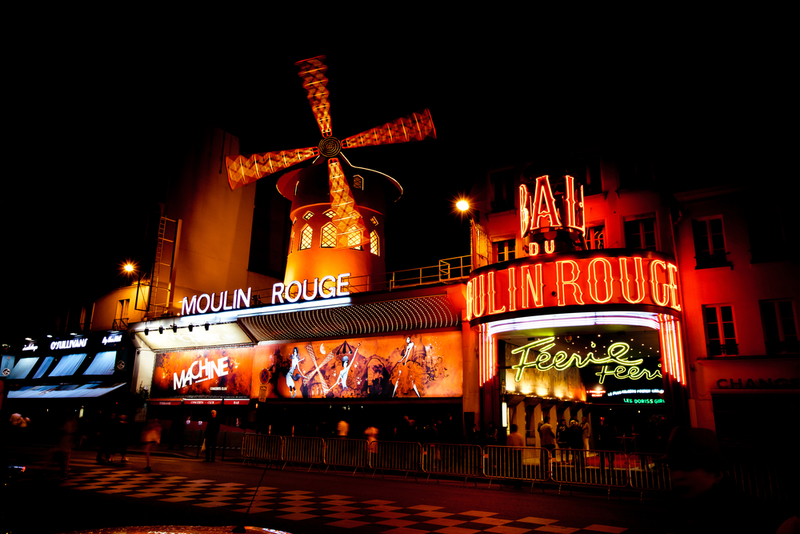 Slums, but make it fashion

The Moulin Rouge first opened its gates on October 6th, 1889. It was the same year when the Eiffel Tower was unveiled, so Paris must have been pretty busy back then. At first, the place wasn’t opened as a theater. Instead, it allowed rich people to come over and pretend to slum it down without having to brush up against actual poor people. So yeah, you could say the French invented bougie culture.

The Moulin Rouge was founded by Joseph Oller and Charles Zidler (a Spanish businessman and a French impresario, respectively). Their collaboration became an instant success. The front of the building, which is pretty famous today, was quite a novelty at the time with its Gothic-style castle and the red windmill. That famous mill was a tribute to Montmartre, which use to be full of them. In fact, “Moulin Rouge” is French for “Red Mill”.

Must be quite the electric bill

Back in 1889 Paris, electricity was not as common as it is today. The Moulin Rouge was the first building in Paris to use electricity, and boy did they go big. It is no surprise then that the electric-powered front is an inseparable part of the city.

The Moulin Rouge wouldn’t be what it is without its female entertainers, or Mademoiselles, as the French know them. Regular Mademoiselles would become very famous thanks to their dancing (and their dancing only, get your mind out of the gutter.) While they were seductive, they never sold their bodies. In fact, the high can-can kicks are there to make sure no one gets to lay an unwanted hand on one of them.

The Most Breathtaking Underwater Locations Around The World
The world underwater is full of hidden wonders, things we often take for granted when we're busy tanning on the beach.

The 2-Century-Old Tobacco Pipe That Linked Maryland to Sierra-Leone
An old road called Maryland Route links Baltimore and Annapolis. This eight-mile-long road is also known as the Generals Highway. This road was traveled on by George..