Counting calories was very chic in the 90s. The 1980s that is. Kidding aside, it was also done in the 1990s and even the whole time between then and now. The question is – what if counting all those calories was for nothing? The most pressing question, how much of my time was spent doing all that math? Peter Wilson, in the most recent copy of the 1843 Magazine, The Economist, shares the rise, current fall, and possibly ‘death’ of the concept of calorie counting.

Over the years, there has been an increasing amount of evidence that the concept of calories taken in calories taken out was seriously faulty. According to Wilson, it’s high time that we rethink the whole thing. To think that I was just counting the calories in the food that I just ate – 100 calories in my banana and 190 calories from the 2 spoons of peanut butter. Were these figures not important? Are they even facts at all?

In scientific terms, a calorie is defined as the amount of energy needed to heat up a gram of water to 1.8 degrees Fahrenheit, or 1 degree Celsius. It has been a norm to use calories to measure the energy-giving capacity of food, dating way back to the 1860s. In 1887, calories were also used to measure a food’s ability to fuel the human body specifically.

This was brought about by an American agricultural chemist who conducted some serious experiments on college students, including sealing them voluntary in an underground chamber for monitoring. In these tomblike rooms, the students slept, ate, lifted weights, having all of their activities monitored closely until the scientist was able to establish that a gram of carbohydrate has four calories, a gram of protein has four calories, and that a gram of fat is equivalent to around 9 calories. Since then, these figures are considered the standard when it comes to calorie counting. 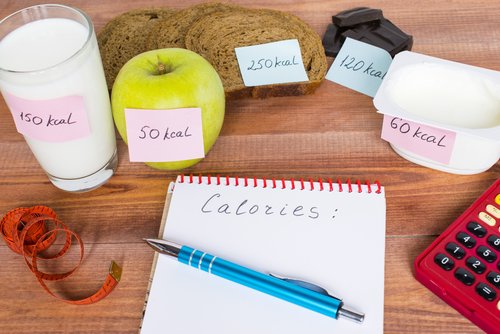 According to Wilson though, a problem with this concept is that the human body is unique and each individual process calories in a different way. You and a friend can eat the same thing, but it doesn’t mean that your digestive system will react the same way. Among the factors to consider include the time of day that one eats, the amount of sleep from the day before, the size of the intestines, and even the presence of particular bacteria in each person’s guts.

Wilson also said that upon investigating more into the concept, the more we realize that counting calories do little to help us maintain a healthy diet, the more we can more effectively control our weight. It was also interesting to hear that the absorption of calories differs depending on when the food was cooked. For example, calories in food that is freshly cooked such as bread or pasta are more readily absorbed by the body compared to calories of the same food but have been left to cool and then reheated before consumption.

Wilson assumes that this is due to the molecules of starch, that when cooled down, form new structures that are more difficult to digest. Wilson also wanted to find out why calorie counting still persists in this era, even if the information was so outdated. One of his interviewees suggested that the idea of having a known quantity of calories in food is a big advantage for businesses, especially when it comes to producers of processed and sugary foods.

It lets these businesses ‘off the hook’ since calories are calories and it doesn’t matter where you get them from. Wilson doesn’t directly give a substitute course of action for this dilemma but throughout his article, it is obvious that his story is that of a man who was devoted to counting calories, but only managed to lose weight when he disregarded that count and started to eat whole foods instinctively.

Surprising Facts You Never Knew About Albert Einstein
How much do you really know about Einstein's personal life? Here are some interesting facts about this brilliant man.

Dog’s Dangerous Delights; What Not to Feed Your Dog
You’re likely to want to share all of your delectable human food with your pup. The following are some foods that you should never feed dogs, regardless of how adorably they..