Is it Really Possible to Delete Your Internet History?

The internet has evolved to become an integral part of life around the world ever since it was first introduced in the late 1990s. To put things into perspective, 4 billion people have an online presence. That’s 50% of the global population with a significant increase every year. It has become almost a right for humans to have access to the internet nowadays.

The amount of internet usage leads companies like Facebook and Google to generate huge businesses out of the data that they collect from their user’s daily lives/routines. Information like this is valuable for marketing, advertising, the government, and hackers.

The level of familiarity these companies have on their users gave birth to targeted marketing. Because of this, people started to question the amount of personal information they are giving away to these entities. One would think the easiest way is to delete their social media, but will that change anything? When you delete information from the internet, it’s never really gone.

You know why? It’s because of the terms and services that everyone agreed to upon signing up, but never really read. While deleting your profile makes it unsearchable, all the information is stored within the hard drives of the company. By agreeing with the terms and agreements of Google, you allow them continuous access to your information and use them in whatever way they want. Individuals who deleted their accounts on Facebook should still request for permanent deletion of their data. Android phones have the power to record audio and listen to your conversations without any information from its user and deleted YouTube videos will still linger in their servers. Everything mentioned above was made legal by the U.S government in March 2017. 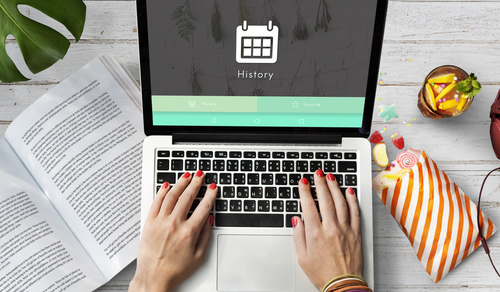 Information gathering isn’t only benefitting companies, but also the National Security Agency. The government firm is looking for statistics on who’s using these websites and for what reason. Reportedly, they have tried to unlock random iPhones and spy on individuals. There are many ways to protect yourself from information mining without the need to delete your social media profiles. Freaky stuff, right?!

New Sharing Website Saves Seeds by Linking Farmers
Ever heard of seed trading? Well, it's a thing now and we are happy to say that it's quickly becoming a trend. Uncommon seeds like heirloom Tuscarora Bread beans can now be a..

How Tech is Helping Reduce Food Waste
Many notable tech companies have creative ways to solve the food waste crisis.

Future Healthcare Technologies For 2021
In the past, the presence of AI hasn't been that evolved to the point where we only have smart devices and automated medical equipment. We're currently heading towards that..