Ever heard of seed trading? Well, it’s a thing now and we are happy to say that it’s quickly becoming a trend. Uncommon seeds like heirloom Tuscarora Bread beans can now be a part of your garden, just make your way to Tom and Kris Fox at Jamestown, New York. They trade them for indigenous or local variety seeds that they don’t have yet. And if Tuscarora seeds aren’t what you’re looking for, you can find heirloom tomato seeds that go all the way back from 1890. They belong to West County Sue (her name on the site) and is looking to trade them if you live somewhere in California.

The Foxes and West County Sue are members of a small group of gardeners and farmers who have signed up to the new seed-sharing website Global Seed Network (GSN). The brainchild of the Center for Food Safety, this website links farmers and growers all over the country so they can swap heirloom seeds. And who knows, you might get lucky and find something really rare. Think of it as a kind of Match.com for seeds. No need for personal information though, all you need to do is create a profile and share your seeds on GSN. 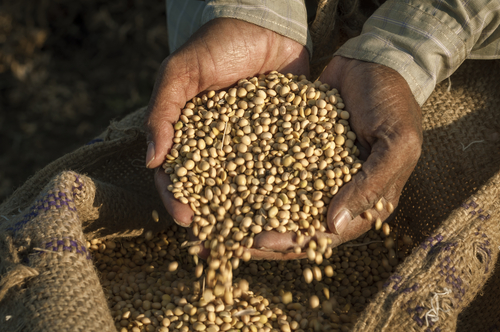 The site was built for the purpose of increasing seed diversity and to save threatened species. The Center for Food Safety also made the website to allow users free access to the network and search for seeds according to soil type, water requirements, region, and climate among other things. The site is gaining popularity among growers under 35 years of age who buy non-GMO seeds from commercial sites.  Rebecca Spector, West Coast director for Center for Food Safety and Global Seed Network project director explains how the website works: “When you find seeds you like, you can request the seeds from the owner and GSN connects them to coordinate via email.”

While this seems new and exciting, seed saving and sharing have actually been around for centuries, helping to preserve the traits of different fruits and vegetables, such as flavor, pest-resistance, and resilience. For example, Seed Savers Exchange was started in 1975 with only two seed varieties: ‘Grandpa Ott’s’ morning glory and ‘German Pink’ tomato, which were imported to the U.S. from Bavaria in the 1870s. Today, the exchange is thriving, boasting 13,000 members and 20,000 different plant varieties and is completely digital.

But the main goal of these seed trading campaigns is to conserve crop genetic diversity. Bill McDorman, executive director of the Rocky Mountain Seed Alliance comments: “Seventy percent of American households garden in some form or another.” Bill also helped review the CFS network and believes that if millions of gardeners returned to seed saving, we can then begin to rebuild a more sustainable food system. Since the beginning of the 20th century, a devastating 75 percent of our planet’s seed varieties have completely disappeared. Which is why participating in seed saving is becoming crucial for sustainability. 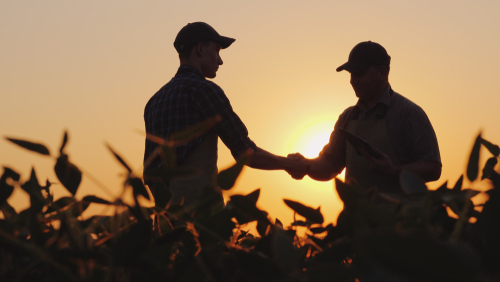 Unfortunately, seed sharing isn’t as easy as it sounds. Technically, it isn’t illegal but according to state and federal laws, the distribution of seeds need to be regulated and requires testing as well as labeling to ensure their authenticity.

These laws are enforced to protect farmers from buying contaminated or bad seeds, but regulations have made it hard for exchanges and “seed libraries” to get established. Seed libraries allow users to “check-out” seeds, plant them in their backyard and then return their newly grown seeds to the library so that other members can continue the cycle. You can often find them in local libraries too.

The Simpson Public Library in Pennsylvania came under fire and was told to shut down its seed exchange program by state officials in June 2016. The state determined that the library was in violation of the 2004 Seed Act, which checks on seed sales and distribution. Unfortunately, the library didn’t have the financial resources to comply with the law, creating a “licensing requirement for all seed distributors.” Ultimately, both sides compromised and the library was allowed to host seed trading events.

Many large farmers use seeds owned by agricultural business giants like Dow, DuPont, and Monsanto, as they hold patents on their products. Further adding to their advantage, is that their seeds have been genetically engineered with specific traits such as blight and pest resistance. “Right now, the vast majority of seeds in the U.S. are owned and controlled by a handful of chemical corporations, and owns more than 60 percent of the world’s seed supply,” says Spector.

But the sad fact remains that the U.S has lost 93 percent of the diversity of our fruit and vegetable seeds in the last 80 years alone. And in turn, these companies have monopolized the seeds and made them into a corporate commodity. This drastic change in the distribution of seeds threatens small farmers, breeders, researchers and gardeners in their job to save and share important seeds. 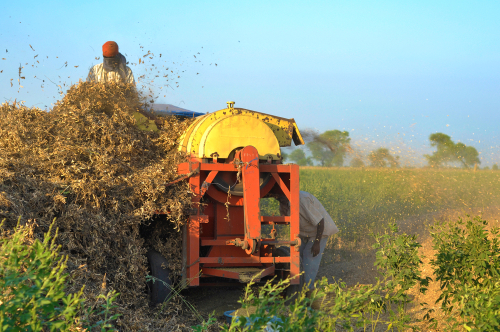 Companies have tightly choked the practice of seed sharing to the point where Monsanto won’t even let farmers trade seeds nor can they plant seeds that have been leftover from the previous year. Farmers are instead forced into a “stewardship” agreement, where they must continue buying seeds from the company every year. And if they don’t comply, the farmers are at risk of being taken to court.

Monsanto had left a message on their website defending the company’s need for security on seed sharing. He stated that there are three main reasons, the first, is the need for a business to be paid for its product. Second, how they need revenue to invest in research that is supposed to create products to help farmers and third, how it would be unfair to the farmers that honor their agreements if they let others get away with free seeds.

However, it is exactly these hurdles that make small farmers resort to grassroots seed exchanges. The Global Seed Network is the high-tech solution towards that idea. “By teaching gardeners to save seeds again no matter what, we teach them to look for genetic mistakes and how to take advantage of them,” says Rocky Mountain Seed Alliance’s McDorman. His vision towards seed exchange is to drive the practice back to the roots of how diversity was created in the first place.

Can Celebrity Activism Campaigns on Social Media Make a Difference?
On one particular day, the world of social media was a little quieter than usual as celebrities resolved to "freeze" their Instagram accounts.

Old Gadgets Absorbed by Our Smartphones
We are so used to having the wealth of the world in our back-pocket smartphone, we almost forgot how many things it made obsolete!

The Best Gadget Gifts For Your Tech-Obsessed Friends
Here, we rate the best tech gifts; even for those impossible-to-shop-for friends and family members.