Not Just for Kids: the Interesting Development of Comic Books

Comic books have long transitioned from a small subculture into full-on mainstream. But how much do you really know about them? Thanks to this article, you’ll know a little more.

A little bit of history

“The Adventures of Mr. Obadiah Oldbuck” is the very first comic book ever to be released. It was created by Swiss caricaturist Rodolphe Töpffer under the French title “Histoire de Mr. Vieux Bois”.  The book tells the story of a man, Obadiah Oldbuck, who keeps trying to marry his love interest (and failing miserably). It took him ten years to publish the book from the minute he finished it in 1827. Can You believe it?

Before comic books were even a thing, newspapers used to have a regular segment with a comic strip featuring funny little stories. In fact, the first modern American comic book was a collection of comic strips compiled into one book called “Famous Funnies”. America saw a significant rise in comic books’ release in the 1930s. It started out with funny stories like the ones in the comic strips (only on a larger scale) and soon branched out into other genres. In recent years, the art of storytelling through comic has evolved even further to include graphic novels or graphic adaptations of famous books such as “Anne Frank’s Diary”. 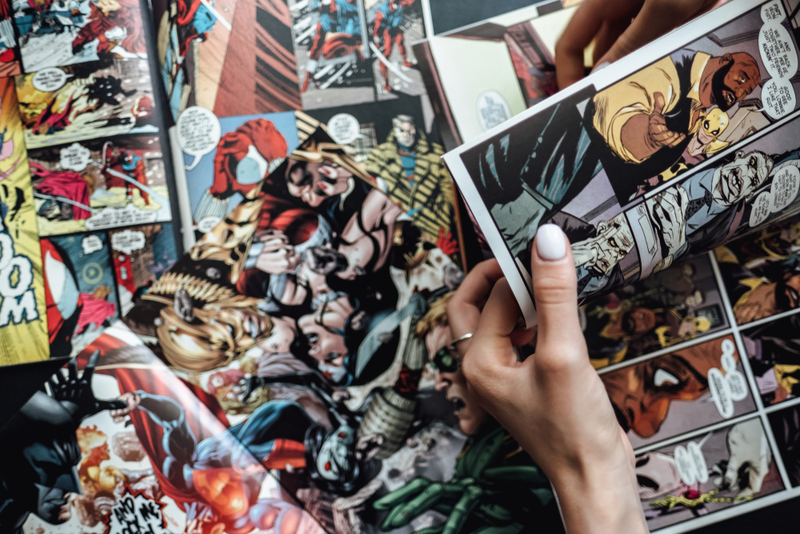 Two of the most famous American comic companies are Marvel Comic and DC Comic, who can account for all the biggest, most iconic superheroes of the last few decades. Wonder Woa, Spiderman, Superman, and the X-Men are all comic creations even though they have been gracing the big screen for a long time now.