Back in 2016, a sudden mushroom-bloom in the San Francisco Bay area of the amanita phalloides, notoriously known as, the “death cap” mushroom. 14 individuals ate the toxic shroom causing them to become severely ill. There was even a child who sadly suffered neurological damage as a result.

Amanita phalloides is what is considered in the mycology field as a “mutualist,” according to Anne Pringle, the Letters and Science Rubenstein Professor of Botany and Bacteriology at the University of Wisconsin-Madison. “A mutualism is, very simply, a relationship between two organisms of different species that result in a benefit for both organisms,” shares Pringle. Being an ectomycorrhizal fungus (a type of fungus that lives in the exterior regions of plant roots), the death cap mushroom enters a mutualistic relationship with a host tree. The mushroom develops in the ground and interacts with the roots of the tree, extracting nitrogen from the ground and transporting it towards the tree in return for carbon. 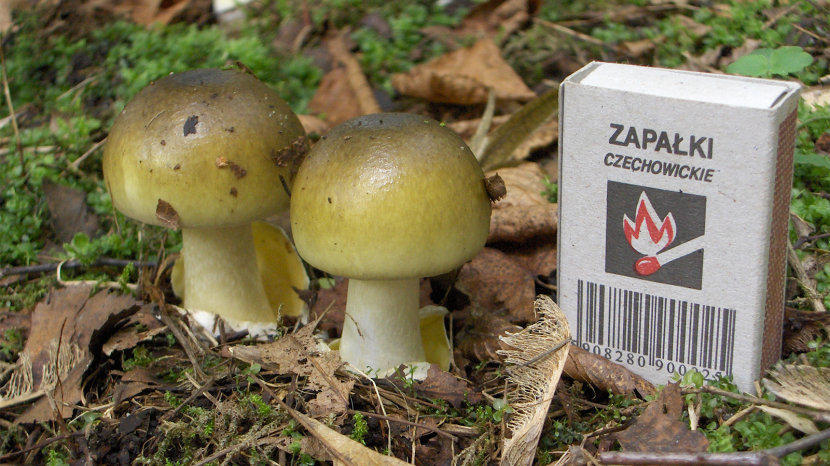 In California, a place where death cap mushrooms are relatively prevalent – likely because of its ideal Mediterranean climate – the mushroom is typically found growing alongside coast live oak. In the east coast region, however, the death cap typically grows together with the pine. And in the mushroom’s native region of Europe, it grows in both alongside beech and oak trees.

Where Did the Death Cap Come From and Where Is It Spreading?

The amanita phalloides is a foreign species that made its way to California from Europe at some point. The death cap growing in California shares some genetic resemblance with the varieties found in Europe, meaning, that the death cap mushrooms in California and Europe are practically identical species. The very first reported findings of the fungus in California happened at the Del Monte hotel in 1938 and on the University of California-Berkeley campus in 1945.

So the question now is, how in the world did the poisonous Amanita phalloides make its way to the Golden State?  A widely held theory involves people from Europe who delivered cork oak from Europe to California to grow the tree in the region, which explains how the Amanita phalloides — living on the roots of the cork oaks — may have made its way to North America. Although it certainly is a possible theory, there is not enough hard evidence to confirm it. 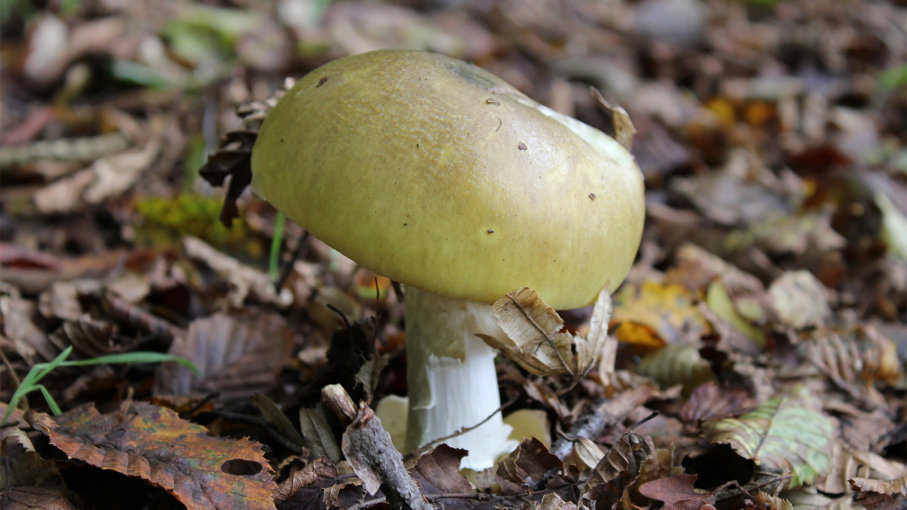 So what exactly will happen to you if you happen to consume a death cap mushroom? According to Rais Vohra, medical director for the Fresno-Madera Division of the California Poison Control System, Amanita phalloides possesses a pair of toxins. One is called phallotoxin, which “causes severe nausea, vomiting, and dehydration with resulting kidney damage and electrolyte imbalances,” says Vohra. The other one is far deadlier and known as “alpha-amanitin (also called amatoxin),” which “stops cell functioning by targeting the transcription of RNA by RNA polymerase II, and this prevents the cell from making essential proteins and cell components.” This deadly toxin runs down quickly to our livers. Victims may need emergency liver transplants to survive.

The poison is dispersed in the body in three stages, which is why it takes a few hours for the symptoms to surface. Phase I: nausea and vomiting. Phase II: nausea and vomiting could actually cease at this point, but the liver damage advances at a significant rate. Phase III: advanced liver failure, seizures, loss of blood pressure, brain swelling and even comas can occur. And, in the worst-case scenario: death.

Not for Human Consumption

The most important thing to bear in mind always: never ingest wild mushrooms, especially if you’re not an expert in the matter, as it can be quite problematic to pinpoint and distinguish toxic mushrooms from edible ones. Aside from its coloring, which is described by local fungi experts as “olivaceous with a green tinge,” mature death caps posses “brown striations” or patterns on the cap and feature a distinctive ring around its trunk. You won’t become poisoned by simply touching an Amanita phalloides as it isn’t likely that its toxins can be transmitted via the skin but you should steer away of them in any case.

While Amanita phalloides are attributed to the majority of the mushroom-related deaths around the world, death cap poisoning still quite rare in America, and the fatality rate is between 10- 15 percent of all incidents. So even so, it’s not exactly a death sentence. Continue to enjoy your hikes, just don’t eat wild mushrooms.

A Healthy Travel Checklist You Need For Your Next Trip
For many individuals, summer is the perfect time to travel. The kids are out of school, the beaches are open, and your mind is due for a much-needed break from work. However,..

These Amazing Travel Books Will Take Your Mind on a Journey
While Jack Kerouac's On The Road is the quintessential traveler's bible, it's not the only book that encapsulates life on the road. If your soul is hungry for some adventure,..

Why Do We Eat Birthday Cake?
Vanilla sponge, marble, chocolate, ice cream: There are literally hundreds of types of birthday cake in the world, each beautiful in its own sugary way. Odds are, we have all..