by Michelle Muller
Share on Facebook
Traveling can be a stressful experience, even at the best of times. With flight delays and long lines at security checkpoints. But if you’re passing through San Francisco International Airport, you might just run into the Wag Brigade. What’s the Wag brigade, you may ask? A pack of 22 adorable dogs and one precious pet pig named Lilou, who are ready to melt all your anxiety around flying away. 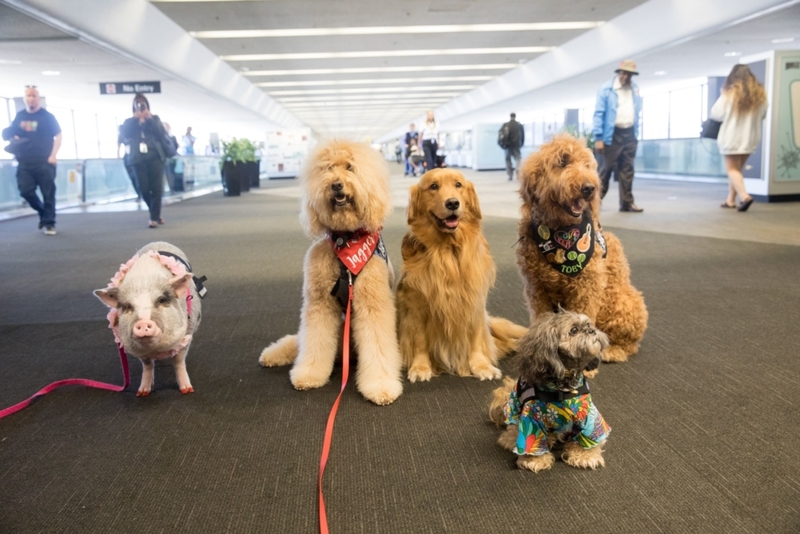 The airport first launched the program in 2013 when they partnered up with the San Francisco SPCA. They began by introducing passengers to dogs that are certified by the Animal Assisted Therapy Program, and nowadays, you can find the adorable animals roaming around and helping improve everyone’s mood. When they first launched the program, their main goal was to de-stress the passengers; however, what they found was a way to connect with them as well. This is the first airport to have a therapy pig, a 5-year-old Juliana-breed pig, Lilou. 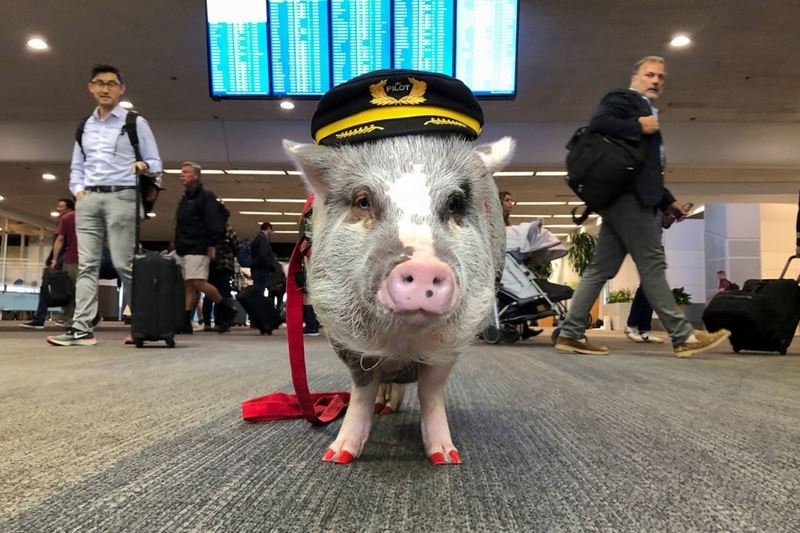 The idea for the Wag Brigade at the airport was inspired after 9/11 when an Airport employee brought his therapy dog into work. That day he was able to see how his dog was able to relieve the tension and stress from everyone around him. Nowadays, if you happen to travel through SFO’s gates, you will likely catch a glimpse of the Wag Brigade. 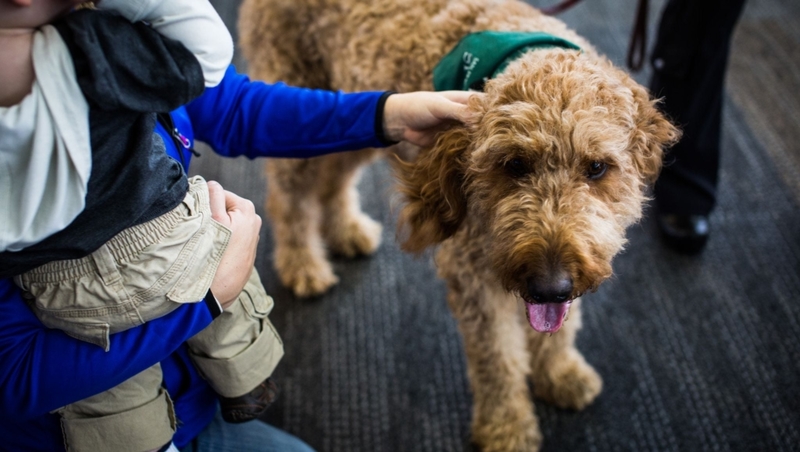 It has been proven that petting or stroking a dog can reduce blood pressure, and it makes people happy and calmer. When a Wag Brigade animal walks around the terminal, people look up from their devices, and they start interacting with each other, and they start to interact with the dog, and it puts a smile on everyone’s face. The dogs love it, and it’s rewarding to see all of the people respond very positively to seeing the dogs. With everyone at the airport traveling and missing their own animals, it is pretty incredible to see that this provides them with a little bit of comfort. Traveling is stressful, so any distraction that you can provide while people are traveling is pretty positive. Several years later, many airports across the U.S. caught on to the trend and have similar therapy animal programs.