Perfect Food. Is there such a thing? If it does exist, perhaps it would be described like this: delicious, filling enough that we don’t need to eat for hours but healthy enough to keep us in shape. But Dr. David Katz, founder of the Yale University Prevention Research Center confirms that foods that promote satiety, which is a feeling of lasting fullness, do actually exist! 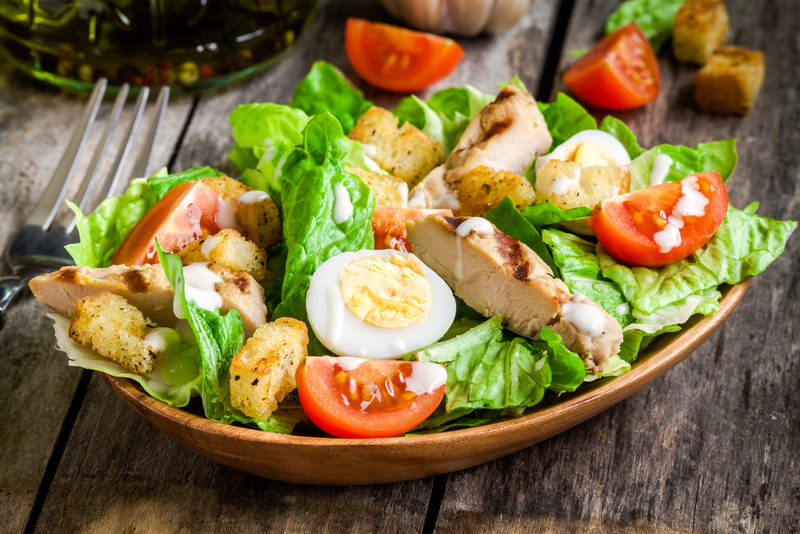 What makes meals satisfying? Barbara Rolls, author of “The Ultimate Volumetrics Diet” says, fiber and protein can do the trick. Getting more out of every bite helps too: Munching on low-energy-density foods that give fullness in exchange for a few calories, “allow you to eat more without gaining weight,” says Rolls. Does that sound appetizing to you? Then read on to unlock your very own secret menu.

This movie-night favorite is actually a low-energy-density food that only has 90 calories per 3 cups of air-popped corn. Psychology also comes into play. Seeing a big bowl of popcorn in front of you tricks you into thinking that you’re eating more than you actually are, making you feel full when you’re finished.

Try this: Add a bit of spice to your popcorn and sprinkle some red pepper. The pepper is a secret ingredient! Purdue University conducted a study that found people felt less hungry after adding half a teaspoon of red pepper on meals.

We hold a soft spot for these unfairly demonized, miracle morsels. They’re actually amazing hunger suppressors. In a study that looked at 38 foods to measure satiating index, boiled potatoes were ranked the highest, out satisfying brown rice and whole-wheat bread. Participants reported that they ate less and felt fuller two hours after putting the spuds to the test. While potatoes are blacklisted because they’re considered high in carbohydrates, they really shouldn’t be. Through baking or boiling, they are full of fiber, vitamins and other nutrients. What do you get? Lasting fullness and steady energy after stuffing our faces with them. 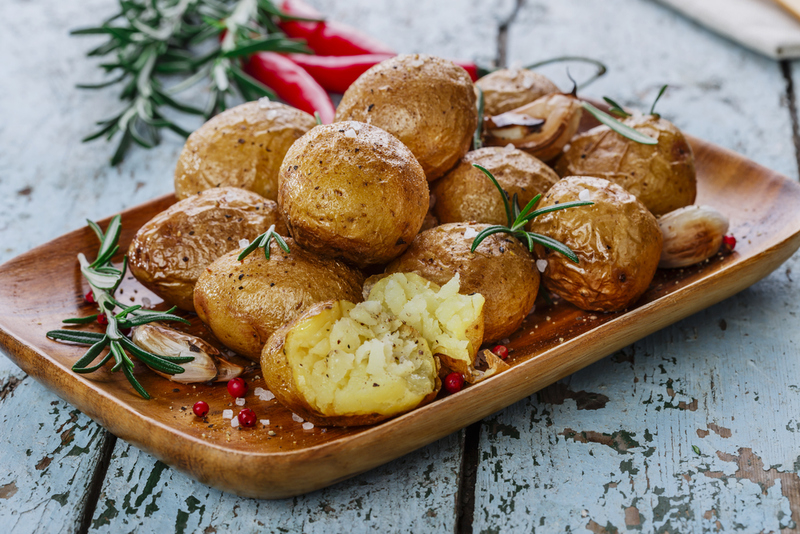 Try this: Eat a few of these bad boys either baked or boiled to get more fiber just for a measly 160 calories per spud.

According to a study in Gastroenterology, apples are some of the only fruits that have pectin which naturally slows digestion and promotes a feeling of fullness. People who consistently ate apples as part of a meal ate less and felt more satiated than those ate an equivalent amount of applesauce and juice.

Try this: Add more flavor to a boring salad or a wheat sandwich by adding apple slices.

Rolls explains: “Soups have a high water content, which means they fill your stomach for very few calories.” In particular, broth-based soups store a huge amount of resistant starch—good carbs that slow the release of sugar to the bloodstream— and fiber, to make the full feeling last even longer. Fiber and water activate stretch receptors in the stomach that signal that you are full, and you get all that just for 150 calories a cup! 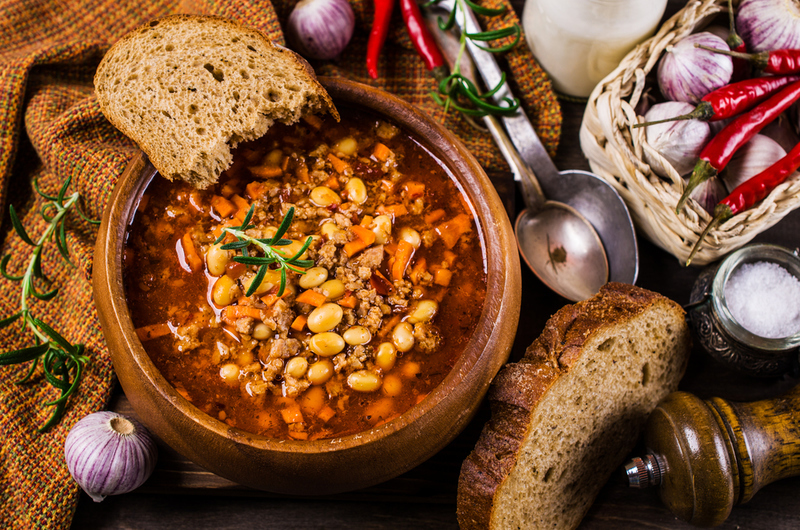 Try this: Trade in your crackers in favor of a heaping soup helping. Beans are full of starch and satisfying, Rolls says. And if you hate soup, throw in a couple of black-eyed peas, lentils, some kidney or navy beans and make a vinegar-based salad.

Fresh figs are a natural cure for a sweet tooth, they have sweet flesh and a dense consistency that are high in fiber (37-calories per gram). They slow the release of sugar into the blood, helping to prevent us from feeling “high” after eating cake or cookies.

Try this: Eat half a fig along with a teaspoon of chopped walnuts and goat cheese.

Believe it or not, a study from Saint Louise University was able to confirm that people who ate eggs instead of bagels for breakfast consumed 330 calories fewer throughout the day. Eggs are a source of quality protein and contain all nine essential amino acids, the ones your body can’t make itself, and those amino acids trigger the release of hormones in your gut that suppress appetite. She further explains. 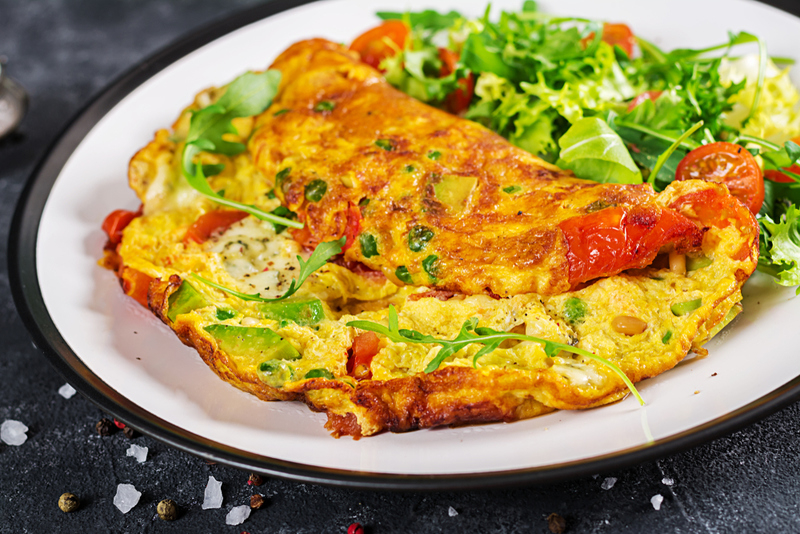 Try this: Always use the yolks, because half of their protein hide in the yellow part. Add vegetables to your morning scramble to boost fiber content in exchange for a few calories (a cup of spinach only has 7 calories and an egg has 78.)

A group of Harvard researchers conducted an analysis of the eating habits of 120,000 people over a span of 20 years and discovered that yogurt was the best food for losing weight. Over the years, people who ate more yogurt shed pounds without even trying. At the same time, Nestlé Nutrition Institute conducted a study confirming that eating dairy proteins reduced food intake, increased satiety and keeps blood sugar steady. Dubost concludes: “Greek yogurt, which is strained to remove liquid whey, contains double the protein and less sugar than regular yogurt.”

Try this: Make your yogurts exciting by adding fibrous foods like raspberries (4 grams of fiber per half-cup) or sugarless whole-grain cereal.

Quinoa is so 2016. Wheat berries have whole-wheat kernels that contain huge amounts of protein and fiber, one of the highest per serving of any grain—6 grams of fiber and 6 grams of protein. Protein triggers the hormone ghrelin to tell our brain that we are satisfied, and fiber activates appetite-suppressing gut hormones.” 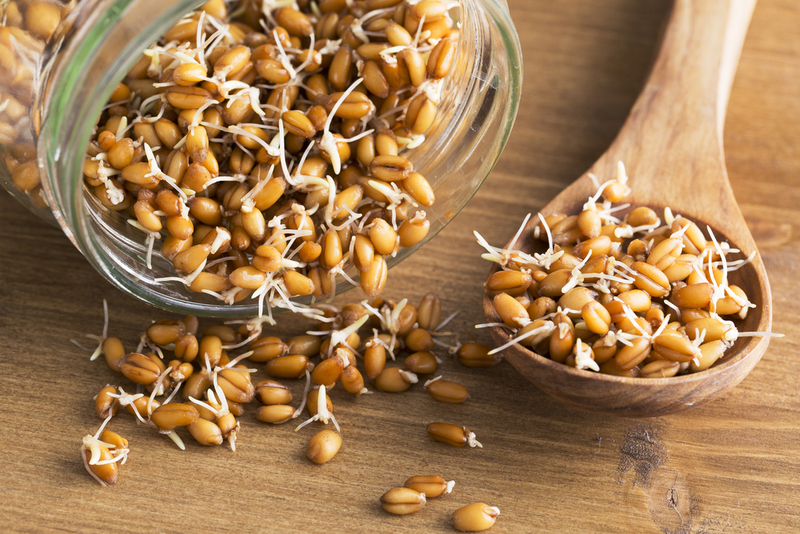 This notoriously filling superfood is packed with high fiber and has the ability to quickly soak up the liquid. Using water or skim milk to cook it thickens the oats which allow it to pass through our digestive system slower, helping us to fight hunger pangs.

Try this: Eat your oats with almonds and a dash of cinnamon. You’ll get a healthy dose of unsaturated fats that can help stabilize insulin levels, which regulates blood sugar.

According to a study from a Penn State University, blended drinks can cause people to feel satiated and eat less at their next meal. While most beverages don’t help to satisfy hunger, smoothies made from natural ingredients such as real fruits and vegetables can hit the spot. Just stay away from using sugary and high-calorie additives like juices or flavored syrups as these will negate all the health benefits.

Try this: Toss some fat-free milk, ice and some of your favorite fruits in a blender and push that button. Strawberries are 92% water and have very low energy density and bananas are loaded with resistant starch. Try those for starters and mix up smoothies of all sorts of healthy combinations.