The Airbus Beluga XL- The Most Adorable Aircraft in the Skies

Aside from the color scheme, airplanes are generally designed to look the same. This time, though, Airbus is doing something different with the Beluga XL (more officially known as Airbus A300-600ST; Super Transporter), an oversized cargo aircraft with a startling (and adorable) design that was apparently voted on by its employees. 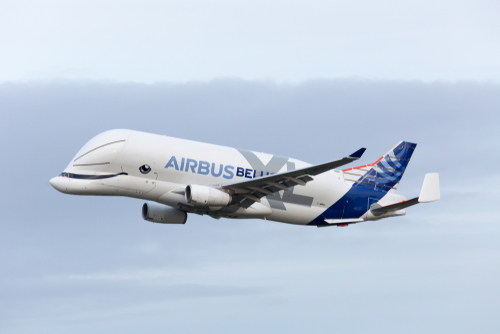 What’s up with its bulbous shape?

When you look at a beluga whale, the first thing that you will probably notice is its large bulbous head. This distinctive shape allows belugas, which are slow swimmers, to switch directions quickly. However, the Beluga XL is far from slow because of its powerful engines, and its beluga-shaped fuselage enables the plane to navigate through the wind more efficiently.

Regardless of how charming it looks from the outside, this plane is not intended for passenger flights. The purpose of Beluga XL is to transport parts for other aircraft. Airbus, a large European aerospace company, maintains many facilities around the globe to support its operations, and the Beluga, with its tremendous transport capacity, can carry parts and even large planes to and from various locations. 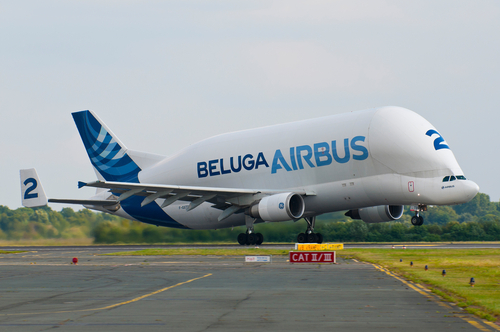 Where will these planes fly?

These mammoth planes, of which only six have been manufactured, will be used by Airbus exclusively. They are projected to fly around Europe, in particular, between the Airbus facilities in Toulouse (France) and Hamburg (Germany), so if you live far away from these places it’s likely that you won’t be seeing them anytime soon.

Just how big are these planes anyway?

The company website states that the Beluga XL is actually equal to the length of two adult beluga whales, and it is as tall as a three-story building. When it is not loaded with cargo, the Beluga XL is as heavy as seven adult elephants. It is estimated that if you combine the distance traveled from all the flights it makes in one year, it would be equivalent to going to the moon more than 10 times. 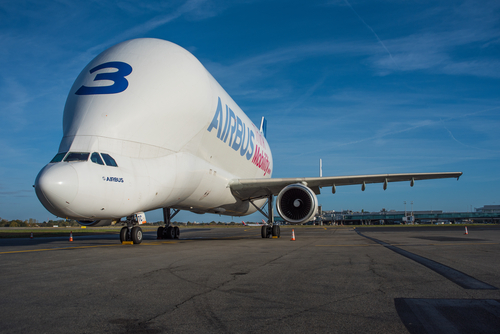 There were other Belugas, too

No, these were not first Belugas that Airbus has built. Other Beluga STs (all of which are cargo aircraft) have been flying around the globe for a while now. While they share the same shape with the Beluga XL, these cargo plans are built on a much smaller scale.