The Arctic Ice is Melting at a Scary Rate

Back in August 19, 2007, a multi-party survey headed by Japan’s Agency for Marine-Earth Science and Technology and the country’s Aerospace Exploration Agency discovered that Arctic ice was dissolving faster than what was expected.

An especially disturbing aspect regarding this find lies in the fact that scientific models by the United Nations expected that the rate of melting determined by the scientific mission from Japan would only be realized following the year 2040 or likely not until the arrival of 2050. 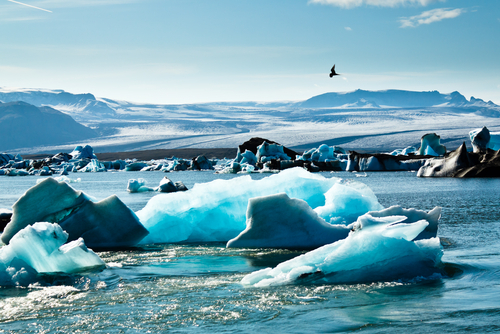 One scientist working for the Colorado Center for Astrodynamics revealed that the Arctic ice is dissolving at levels that have never been perceived before. The event has triggered some changes in the coastal ice areas of Canada and Alaska, turning them relatively fragile. It has been depicted by massive blocks of ice breaking away seamlessly in a process called calving and then melt away in the open oceans. A smaller amount of sea ice has also been reported in the Arctic Ocean as they have drifted towards the Atlantic Ocean. The lowest Arctic ice that we previously reported happened on August 15, 2005, although researchers revealed that there was a great chance that the reported rate would be surpassed by the onset of 2007.

The Arctic witnessed a new landmark during the summer of 2007. In the month of August, the Northwest Passage exhibited almost zero suspended ice. That was the very first time the Passage became entirely passable by ships from the time when humans began maintaining records in 1972. Researchers share that the minimal presence of ice denotes strong evidence that the earth is, in fact, heating up. With this newly accessible sea passage, it means that it is now possible for vessels to travel from New York City to the Korean Peninsula free from any form of ice obstacles, although challenging weather remains probable. To put things in perspective, it took Roald Amundsen, the first explorer to safely navigate the Northwest Passage, 3 long years to pass through the Northwest Passage’s dense ice. 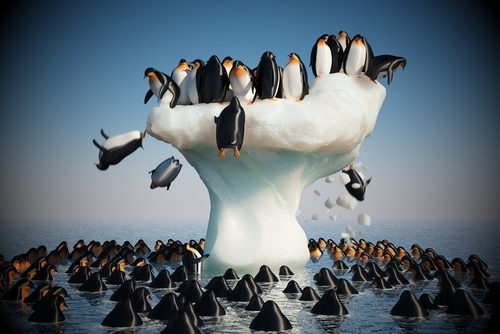 There are three main methods in measuring sea ice: microwave sensors from satellites, buoys and observation platforms. Buoys and observation platforms are typically armed with a number of different kinds of measuring tools. Researchers concentrate their calculations on the range of ice floating on the sea, instead of its depth, as satellites are more effective at capturing the length of an object from above. In terms of investigating sea ice, researchers consider the least and greatest possible length, depth, circumstances of the environment and fluctuations during the melting season. The melting season of the sea ice in the Arctic region normally starts from March towards mid-September of the year.

This highest ever recorded rate of Arctic ice melting opened up numerous concerns among scientists with regards to rising sea levels, reduced wildlife habitats especially for polar bears and a fossil fuel rush in the Arctic region in the coming future. An increase of navigational activities in the Northwest Passage and Northeast Passage (a sea route that extends towards Siberia) could potentially escalate pollution in the region as well. 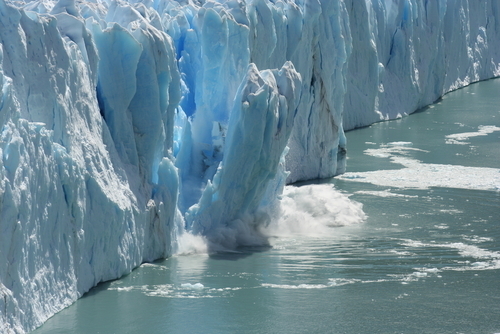 Sea ice is naturally rebuilt throughout the course of winter, but because of warmer water temperatures, the rate of regeneration seems to be declining. Ice that was formerly deemed as “permanent” is now dissolving into seawater. What’s left is a continuously diminishing foundation of ice during the start of every melting season.

Sea ice serves an integral part in maintaining proper temperature levels across the planet. In contrast, while sea ice bounces back 80% of the sun’s ultraviolet rays back towards the atmosphere, ocean waters absorb 90% of the UV rays emitted by the sun. With more sea ice turning to ocean water every melting season, this means more sunlight is absorbed and less is bounced back and scientists believe that this can cause water temperatures to increase further, fast-tracking the melting of sea ice even more.

What’s the Difference Between Table Salt and Himalayan Salt
Salt is everywhere. Even if you can't taste it, the chances are good that it's in everything from our breakfast oatmeal to the salad we brought for lunch. Salt consumption has..

Fasting: Science-Based Benefits
Studies show that there is a good deal of benefits to be reaped from a specific type of fasting called - intermittent fasting.

Is Coffee Actually Good For You?
As consumers, we should be interested in understanding the health impact of our daily cup of joe.