The Enduring Legacy Of Wall-E

by Janusa sangma
Share on Facebook
It’s impossible to rank Pixar Movies. In our view, a list like that simply can’t and perhaps shouldn’t exist. Even “average” Pixar films manage to craft compelling stories that capture both kids and adults. But what we can do is list the many reasons we love some of them. There’s no better place to start than with the story of a lonely robot wading through a trash-covered planet – only to end up falling in love with the first sentient being he meets.

Moviestillsdb
Against the backdrop of environmental catastrophe, Wall-E manages to achieve a lot. It’s both political and romantic, funny but also devastatingly sad. Some even call its bold ecological message daring for an animation. Here’s why the film remains brilliant to this day.

It Speaks Without Dialogue

For starters, there’s no dialogue for the first 45 minutes. The movie completely flips storytelling on its head. This lets animation, sound effects, music, and setting do the talking. Lovable WALL-E and Eve’s story wouldn’t be quite the same if they could speak. As we follow WALL-E’s incredible journey through space, we see it all without dialogue and barely notice the difference. It’s Pixar storytelling at its finest.

WALL-E and EVE are trailblazers in animation history. WALL-E is a gentleman robot with a heart of gold. He’s smitten with EVE, risks his life to save her, and truly watches out for her. Never has a robotic love story captured so many hearts.

What makes WALL-E so brilliant is the simple, almost minimalist character design. There’s enough detail without distracting us from the story’s depth. WALL-E is clunky, while EVE is oval-shaped and sleek. AUTO could be a steering wheel if he weren’t so menacing a character! And yet, each character effortlessly conveys who they are and their part in the world around them.

WALL-E touches upon environmental concerns that remain forever relevant, especially in the world we live in today. It’s a bold stance to take since nobody watches animation movies that kill the vibe. But WALL-E manages to make it the center of the story without making the movie feel too educational. 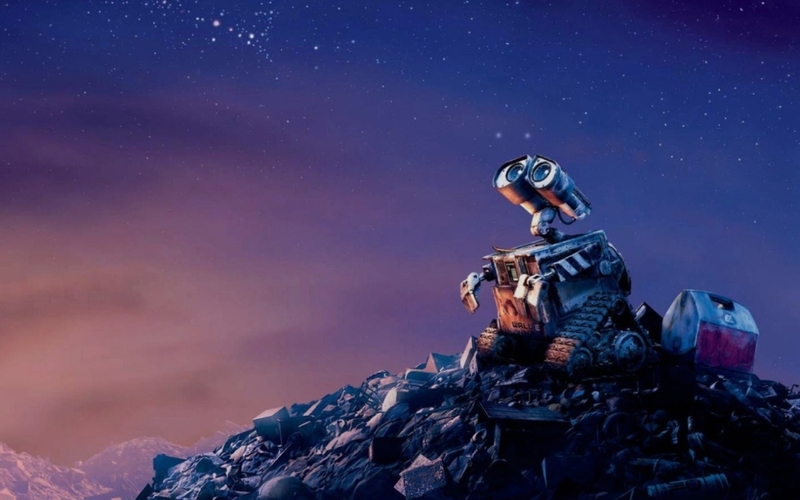 In a movie with little dialogue, everything else needs to be hyper expressive. The movie’s score not only fills the gap but elevates it. What’s more, the robots’ whistles, clicks, and tones perfectly convey their character and emotions. WALL-E is a universal love story. It’s clever and ambitious in its premise, something we’ve never seen in animation history. For that, and so much more – WALL-E has our hearts.

Celebs That Snapped Back At Ellen DeGeneres
The summer of 2020 hit Ellen hard. Let's take a look at all that went down.