The ‘Origin Story’ of the Perseid Meteor Shower

The Perseid meteor shower is undoubtedly an event to look out for, especially since it can be seen even with the naked eye. Each year, people watch the skies in anticipation of the shower. The Perseids light up the sky between July and August having an abundant shower of about 50 to 100 meteors per hour. For 2019, the peak times will occur on the nights of August 12 to 13.

Chinese records first documented the Perseid meteor shower back in 36 A.D. In the 1830s, various astronomers were considered to have “discovered” the astronomical wonder. However, some scientists admitted that early European Christians had already known about the Perseids, although they believed the meteor shower originated from something else. 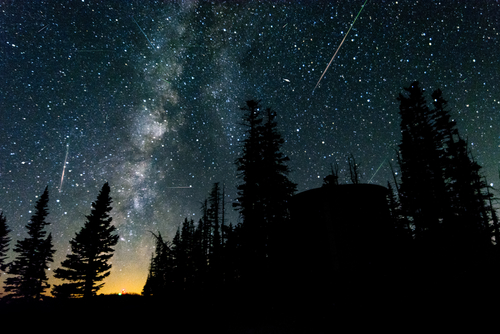 Christian tradition attributes the recurring appearance of the Perseids to the horrific death of one of the early saints. Edward Herrick, known to be one of the first astronomers to have observed the Perseid meteor shower, acknowledged on his written account in the 1839 volume of The American Journal of Science and Arts that the meteoric display which occurs yearly, specifically on the 10th of August, has been recognized for a very long time.

Catholics from England and Germany have associated the celestial occurrence to Laurentius, now known as St. Lawrence, a deacon of the early Roman church. Saint Lawrence met a grisly end when he was ordered to be publicly executed by the Roman emperor Valerian due to the beliefs he held. He is said to have been grilled alive on a griddle over burning coals. He boldly called out to his pagan persecutors, telling them to turn him over since he was already “roasted on one side.” Perhaps this is the reason he is presently known as the patron of cooks. 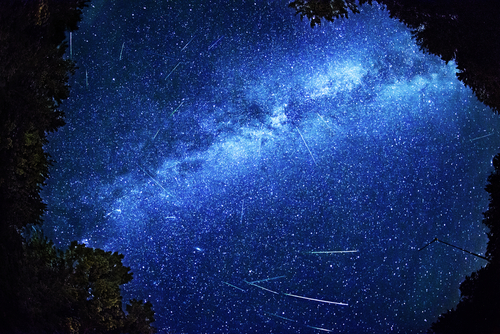 St. Lawrence died on August 10 in the year 258 A.D. as a martyr. The meteors which appear on the anniversary of his death were since known as the “tears of St. Lawrence.”

The anniversary of the martyrdom of St. Lawrence has been commemorated ever since the fourth century. It’s unsure when his feast day was first connected to the Perseids. Undoubtedly, Christians have recognized the “tears of St. Lawrence” long before the astronomers even noticed them.

Often times, people pray to the heavens for guidance and answers. As Anthony Aveni, an archaeoastronomer studying stars as they are depicted by church ceilings, had mentioned, what would be a greater sign than a saint’s tears “washing over you from the heavens?”