The Truth Behind Amazon Go Grocery

by Michelle Muller
Share on Facebook
Many people have probably had the experience of using self-checkout at the grocery store or a drugstore. Often, it’s faster. Now, Amazon is taking it one step further and introducing a cashier-less store to the $800 billion grocery business. The store, which opened in Seattle on February 25, is a supermarket, but it’s far more high-tech than those you might be familiar with. Amazon is not new to the grocery business. In 2017, Amazon bought the Whole Foods brand, which includes its 500 store locations. Also, they already have a chain of Amazon Go convenience stores. However, the addition of the new store, known as Amazon Go Grocery, expands the available inventory substantially, with Amazon Go Grocery sitting at over five times the current Amazon Go stores’ size. This new space allows Amazon Go Grocery to carry everything from blood oranges to freshly baked bread — and everything in between. 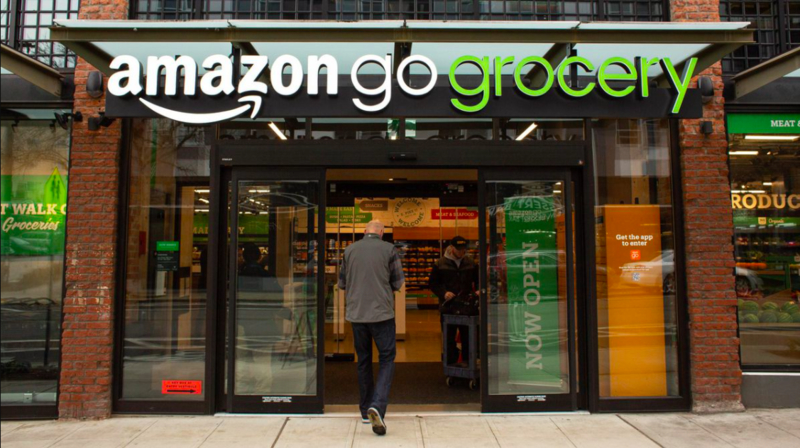 Amazon Go Grocery is a wholly stocked store; the difference is you never have to stand in line to buy them. Instead, you scan the Amazon Go app on your smartphone to enter the 10,400 square foot store and then choose from 5,000 unique items. The products you buy are tracked by cameras and sensors installed throughout the store. When you leave, the things you bought are then charged to your Amazon account with Amazon’s “Just Walk Out” technology. The cameras are supposed to keep track of any rummaging, which they refer to as “interactions” with the products. The technology is intended to allow for this type of shopping, called “considered shopping,” or just “shopping” to everyone who has ever been to a grocery store. These allowances in the technology should help Amazon meet people’s goal of leaving the store with accurate receipts.

Amazon Go Grocery does have drawbacks

The technology does have some drawbacks, however. While families can shop together on the same app account, assisting another shopper with getting an item off a high shelf will result in you being charged for that item. As a result, Amazon is essentially, even if inadvertently, promoting isolation or a lack of politeness with their technology. Shoppers also need to be careful about picking up an item to look at it or change their minds and put an item back. The sensors may not discern the differences in these activities, resulting in shoppers being charged for things they aren’t buying. Amazon provides reusable bags to shoppers that they can fill as they go. However, the store is missing a deli counter, butcher, and fish department. Meat and fish are still available to purchase, but only pre-packaged—also, the store staff only a handful of employees for things like restocking the shelves. The company has plans to open another brick and mortar grocery store in Los Angeles later this year, though that location will have cashiers. No other details have been released.