These 9 Words Will Make You Fluent In Internet Slang

Languages, just like all other things human developments, evolve and grow over time. The advent of the internet has allowed many languages to enjoy a plethora of new words and expression. While these words usually start off as a bit cutting edge, only belonging to obscure internet communities, they eventually seep into the mainstream and sometimes even into official dictionaries! While some of the terms may elicit a chuckle from older generations, some of them would still pass it off as something to chuckle at. That being said, here is a list of internet slang to give you a boost on world wide web knowledge.

The hashtag, as many netizens called it, is used by many websites to smoothen a user’s browsing experience. Twitter originally did not allow the ability to use hashtags, but it was the users themselves who pioneered the ability to accompany their posts with a hashtag.   Each of them always starts with the ‘#’ symbol, aka the pound sign, though the proper name is actually an ‘octothorp.’ While Twitter was the first to utilize this, the rest of the web eventually followed.   ‘#tacotuesday’ is one of many examples of a popular hashtag. It can be used when you’re about to chow down on a plate of soft-shelled tacos at a local food stall or getting a quick crunch from Taco Bell.

AMA (Ask Me Anything)

‘AMA’ is an internet term that was first used on the community sharing website and forum known as Reddit. It is an abbreviation of the phrase “Ask Me Anything,” where a celebrity or other notable individuals would go online give the community the chance to ask them any kind of question. Aside from Reddit, Facebook and Instagram can also have them as well.

This is a commonly used term and thing in online forums. Since topics are listed in order of who commented last, ‘bumps’ are used to put certain threads to the top of the list. Bumps are usually allowed, but can only be used at certain intervals in order to avoid derailing the topics being discussed in the threads.

A shortened slang term for ‘newbie’, ‘Noob’ basically describes those who are new to a particular community/topic, with no prior knowledge whatsoever. Internet users may also refer to themselves as such when they are unable to fully understand a subject. This term is especially popular among the gaming community, where ‘Noob’ typically describes someone who is terrible at a game, whether purposefully or not. 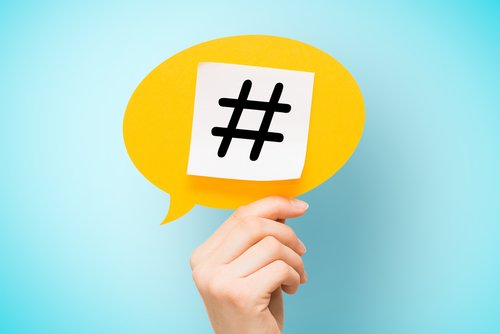 While the word ‘Lurker’ might give off an ominous tone, but as internet slang, it’s nothing to be concerned about. Lurkers are basically people who read blog posts, web articles, and forum threads without replying or making any comment. After all, lurking just simply means to hide from sight.   Example: “I used to spend a long time lurking on car ownership forums until I’ve finally managed to own a car myself.”

Believe it or not, the word ‘meme’ has already been around way before the rise of the internet. It was originally named by Richard Dawkins in 1876 and the definition goes as “a unit of cultural information as a concept, belief, or practice that spreads from person to person in a way analogous to the transmission of genes.” Memes can come in various forms, such as videos, images, or simple phrases.  Memes usually originate as an in-joke among certain groups before spreading to other popular sites like Reddit. However, misuse of memes as their popularity increases has become prevalent, which leads to them having very short lifespans, typically lasting 1-2 months. This is likely due to the internet users’ ignorance of the memes’ context and forceful usage in order to advance one’s agenda.

‘Facepalm’ is a term used to denote, well, putting one’s palm one their face. It is usually used as an expression of annoyance or when one sees something they think as ‘cringeworthy’. Usage is especially apparent when someone states something that is extremely obvious.

Epics, in a literary context, usually refer to poems that chronicle the adventures and exploits of legendary heroes. An example of this is Homer’s Iliad. In the language of the internet, however, epic is usually used to modify one’s description of something done successfully or horribly wrong. ‘Epic Fail’ and  ‘Epic Win’ are two common internet expressions that use the word.

In the internet age, however, trolls are referred to as people who revel in drawing anger and irritation from others and/or starting disagreements for their own amusement. This term was derived from mythological creatures of the same name, who are light-averse and would often harass travelers from there residences under bridges. Ironically speaking, this is actually a typical description/depiction of an internet troll, minus the bridge part.   As trolls have existed as long as the internet did, there has been a phrase in opposition to them ever since. “Don’t feed the trolls” means that people should completely ignore them since any form of interaction with them will only encourage them to continue their actions. Trolls can appear in many places on the internet, from comment sections to forum threads.

Should You Be Required to Prove You’ve Actually Read an Article Before Commenting?
It often seems as though many of those posters haven’t even bothered to read the article (except maybe the title) before they start spouting off.

UK Wi-Fi Kiosks Will Be Sharing Your Details With the Authorities
A telecommunications company, in collaboration with police departments and local UK councils, has developed and rolled out a new system where suspicious activity can be..

Netflix Shows That Show the Dystopic World of Technology
Netflix is home to some cool dystopic movies melded with technology, let's take a look at some of the best picks.