Where to Find Authentic Food in Macau

For more than a hundred years, the Macau Peninsula has been colonized by the Portuguese, who during the mid-16th century, planted a trading port in the area. From 1887 until 1999, Macau was under the rule of Europe, until it finally transferred sovereignty back to China. From then on, the Portuguese influence on its culture, particularly food, has quickly diminished, and nowadays, only less than a tenth of the population are native-born Portuguese. 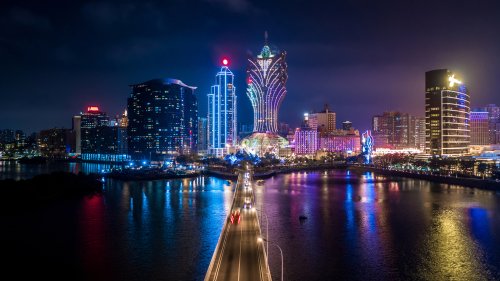 Macau today is home to one of the biggest casinos in the world, and is known to tourists as the “Vegas of the East”. It is one of the two Chinese regions where gambling is legal, the other one being Hong Kong.  The establishments and small Mediterranean villages that its residents grew up with and loved were rapidly demolished by the Chines government.

Casinos, souvenir shops, and new restaurants quickly replaced what they had considered home. The transformation resulted in more than 40 casinos and counting. Even though gambling has been considered legal in Macau since the 1850s, these establishments only came about in 1999, when the region was returned to China’s government. 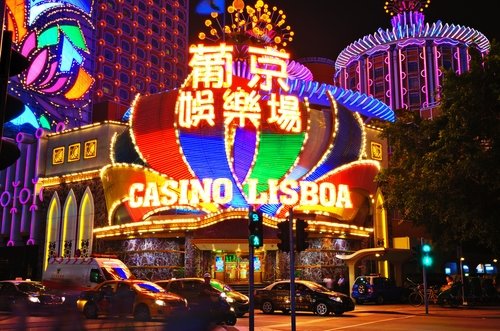 Classic shops of the original old town have been turned into jewelry stores and delicacy shops. The “Cotai Strip” has been built over what once was water between Taipa and Coloane, Macau’s two primary islands. As time passes, the strip is slowly looking more like mainland Macau. Fortunately, there as still a few remnants of what Macau has once been are still alive today, such as the famous ruins of St. Paul’s and the Chinese A-Ma Temple.

A few Macanese restaurants here and there can be spotted, too, if you know where to look. If you want to try some authentic local cuisine, one of the best Portuguese restaurants in the peninsula is the António and Miramar. There are a few other restaurants that try to uphold true Macanese fare as well, but Carrie and other locals were very adamant in not merging the two cuisines. 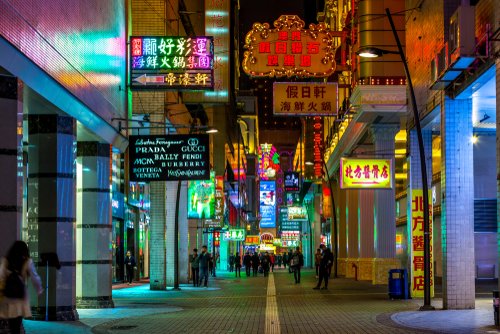 Sonia Palmer, who obtained the English surname when she got married, runs the famous Macanese restaurant called Riquexó. She explains that the two cuisines are very different. Macanese cuisine primarily uses Chinese ingredients such as belachan, tamarind, and soy sauce; while Portuguese cuisine uses a lot more olive oil. Both Sonia and her husband manage the restaurant, but it was her mother, Aida de Jesus, who taught her everything she needed to know about Macanese cooking.

Aida de Jesus has been honored as the “Godmother of Macanese cuisine.” The dishes passionately crafted by Aida made Riquexó the bona fide institution that it is. Their recipes are so well-loved that when the family announced that they will be retiring their restaurant a few years ago, they received major outburst from their massive patrons, and they were eventually persuaded to keep the restaurant running, but in a smaller scale.

The quaint restaurant has turned into a little community, where everybody knows everybody. Its friendly and homey neighborhood vibe has attracted not just the locals. Occasionally, they would happily find a foreigner who has gone out of the usual tourist route to look for authentic Macanese cuisine.  The restaurant serves classic dishes from Aida’s Macanese recipes including: a chicken stew with a yellow curry base called galinha de caril, cabbage stuffed with spicy sausage and ground pork called repolho recheado, and a hash of minced pork and beef, potatoes, soy sauce, and other spices called minchi. 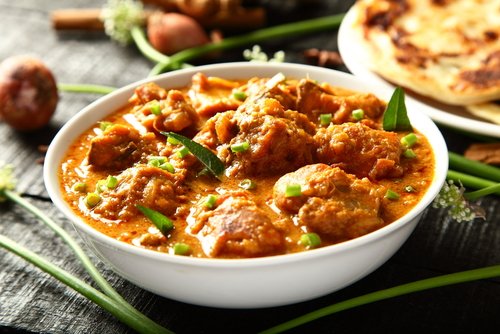 Aside from the good old classics, Riquexó has also mixed in their menu a few Portugues dishes including a bean stew flavored with pork and beef called feijoada. Aside from Riquexó, there are other local food establishments that offer the unique taste that Macanese cuisine has to offer.

If you’re in for a more high-end Macanese experience, head to Restaurante Litoral. It is located nearby popular landmarks in Macau, as well, so finding it will be easy. Among their best dishes are the galinha à Africana, which is baked chicken in a delicious sauce consisting of peanuts, coconuts, chili peppers, and various spices; and the caldo verde, a Portuguese soup mixed with Chinese sausage and kale. A fusion between two interesting cultures.

For the dessert-lovers, the Macanese are famous for their egg tart. It consists of a soft and flaky pastry crust filled with a slightly sweet but oh-so-creamy egg-based filling. The Macanese version of this treat is flakier and less sweet than its Portuguese counterpart. The egg tart has become such a huge culinary icon of Macau, so much so that souvenir shops are brimming with keychains and shirts that feature the dessert. 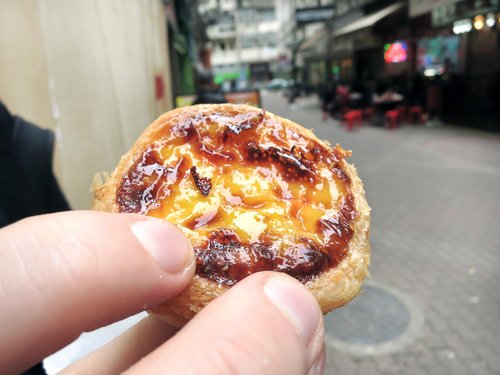 One of the most famous egg tart shops in Macau, and actually, all over Asia, is the original Lord Stow’s Bakery, found on the island of Coloane. Some people claim, however, that the tarts over at Margaret’s Cafe a Nata taste so much better. But, regardless of where you decide to order these scrumptious sweets, make it a point that you order them fresh from the oven.

A Healthy Travel Checklist You Need For Your Next Trip
After years of traveling for both work and play, there are a few strategies to ensure you will feel your best when traveling.

Watch Out For Japan’s Unique Manholes
With everything buzzing around us or over us, who would ever think to look down? Moreover, who would even bother looking down at an ugly old manhole?

The Most Sustainable Cities Around the Globe
These days, people are becoming attentive to their effect and impact on our planet. It's even changed the way we travel.