Why We Put Off Things That We Actually Enjoy

I usually categorize new episodes of the various podcasts that I am subscribed in to three groups: Group A, episodes that I know I’ll love; Group B, episodes that I’ll like but also have the potential to be quite dull, and group C, episodes that can be entertaining but primarily serve to fill silence. The same goes for Television series as well – Once a new season of a show I truly love becomes available for streaming, I usually postpone it for several weeks, or sometimes even months, prior to ultimately watching it.

There are times when I don’t remember putting off a show completely. I cannot begin to tell you the number of movies that I promised to watch the moment they became available for rent but failed to watch in the end, for the reason that I never wrote them on some “reminders” paper or app in my phone. It appears similar to hoarding, but only in my case, as opposed to trash bags and cat litter, I am storing real, enjoyable experiences. 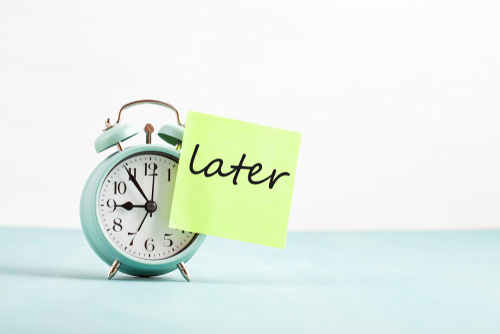 Just lately did it ever cross my mind that such behavior is irrational and uncontrolled. What is the reason why I constantly postpone things that I am certain I’ll enjoy, the moment the opportunity becomes available to me? Why would I procrastinate with those types of activities?

In a study released in 2010 in the Journal of Marketing Research, co-authors Suzanne B. Shu and Ayelet Gneezy analyzed this precise propensity, debating that postponing both enjoyable and nasty experiences entails a comparative mental calculation. Comparing registering for an employer health-care program with booking a trip to a nearby art exhibit, Shu and Gneezy write that “the effort required to complete the activity appears small when it is far off, making it easy for a person to imagine completing it some time in the future.”

Utilizing the information they gathered from a Fortune 500 company and the Museum of Contemporary Art in San Diego, the pair of co-authors discovered that only occasionally do people go about either task unless they are handed some kind of deadline – both graphs portraying each set of data portrayed comparable surges incompletion during the last days prior to a set time frame. Obviously, one pattern is more intuitive between the two.

In the event that you wish to visit the local museum, why not simply go? 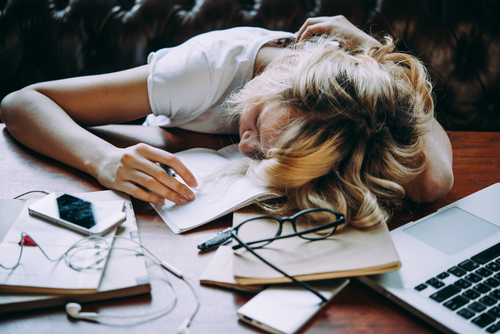 One of the primary reasons why, Gneezy, an associate professor of marketing at UC-San Diego, says, is a natural belief that scientists refer to as “resource slack,” or the perception that we will have more of a given resource (in this instance, time) in the future.

For instance, Gneezy pictures attempting to secure the necessary time to utilize a gift card for a massage. We’ll look at our schedule for the day, and it looks really bad. So does tomorrow, and actually, next week as well she explains, and constantly think “It looks like I’ll have time in two weeks from now”. But clearly, when two weeks from now arrives, You’re just as busy. And since the majority of us look at ourselves as busy the entire time, the ideal chance may never come, and thus the thing we apparently love to do consistently gets put on hold. There are also instances, similar to gift cards when the chance expires before we can even avail it.

Regardless of the item at hand does not necessarily expire, just like podcasts or books, the wanted experience may get suppressed beneath more and more piles of experiences, at which period a number of those experiences ought to be deserted. Some books stored in my cabinet will never be read, for the simple reason that there are just too many on the metaphorical — okay, literal — heap on top of them. In addition to that. We also have something called the paradox in “savoring,” the snob relative of procrastination.

The most widely known illustration regarding this paradox involves a highly-priced bottle of wine that is kept uncorked until the perfect moment. In 2007, Washington Journal columnists Dorothy J. Gaiter and John Brecher built the “Open That Bottle Night,” or OTBN, which is commemorated on the last Saturday of every February annually, openly giving us the consent to “finally drink that wine that is otherwise simply too special to open.” As someone who stores a bottle or two of fine wine and other premium spirits in my cabinet, it’s safe to say that I can very much relate to how this feels. 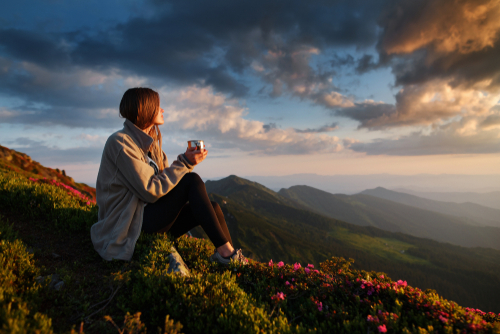 Gneezy further states that one other popular kind of savoring happens in our very own closets. “Last year I was in Europe and I bought boots, and I never wore them,” she says. “I was waiting for this perfect event. But they sat in my closet for a year.” The biggest issue in this situation is that the perfect moment never comes – and if it does, it comes uninvited. We tend to keep these items thinking of a certain moment in the future, perfect version of ourselves, or our lives, when the reality is we mostly stay the same, regular and flawed individuals.

After all, shares, says Gneezy, “savoring” or procrastinating pleasurable experiences can in fact diminish our subsequent pleasure of them. If the thing you are postponing is just okay, or simply quite solid, you are setting yourself up for disappointment. And regardless if that thing does not become as enjoyable as you have built yourself to look forward to, you will simply be furious on why you did not do it sooner. Life is short. Go to that new exhibition, and pop open that ‘special’ wine today, while you have the chance. As for me, I’m making haste to finally listen to my group “A” podcast shows!

What Exactly is the Equinox, and Why Does it Happen?
We experience equinox twice in a year or every six months. During these times, the Earth experiences roughly the same amount of day and night – about 12 hours of daylight..

The Arctic Ice is Melting at a Scary Rate
Back in August 19, 2007, a multi-party survey headed by Japan’s Agency for Marine-Earth Science and Technology and the country’s Aerospace Exploration Agency discovered..