Convenience Through Connection: Smart Homes and Cars With at Your Finger Tips

Automating Your Life Has Its Own Set Of Challenges

10 years ago, the idea of devices being able to communicate with us and each other was something limited to science fiction. But now, smart technology has been rapidly integrating into the automotive world recently, while the home front has undergone a lot of revolutionary changes as well. However, it was so rare for these two worlds to overlap – that is, until today. Unfortunately, this ambitious crossover has also introduced its own set of issues, especially those that are about privacy and security. 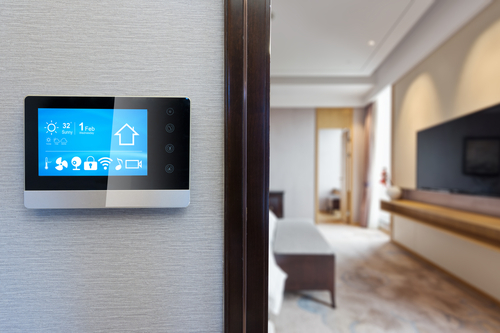 Is Cross-talk Really in Demand?

And the answer is: Definitely! Consumers were asked by Parks Associates about what they think of linking up their smart home, and nearly half of them seem game for connecting their car to their homes. Parks Associates continued their research, and the results have shown that more than ⅖ of homeowners who have a professionally-monitored security service wants to integrate crash monitoring and car alarm to their current home service.

Aside from those two features, the respondents also thought that linking broader home systems with their cars made a lot of sense, such as developing an “automatic away mode” when the car exits the garage. Other respondents also want to be able to control their car using their smart home systems, such as knowing the optimum charging time for the cars, and even wanting their electric vehicles to provide back-up power to the house through creating bi-directional energy flow. Unsurprisingly, people who own EVs also prefer the system’s battery charging optimization over other integrated apps, with nearly 70% of them saying they are “very appealing” or simply “appealing.” 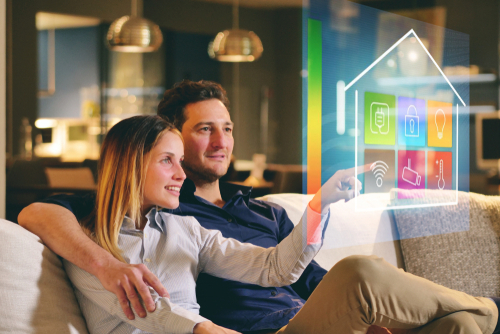 In early 2015, Ford has expanded upon its Research Center in Silicon Valley, and one of their first engineering projects focused on the research made by Parks regarding the “appealing” connections. According to the engineers working at Ford, the opportunity showed up from  Alphabet’s Nest headquarters, which was located close to Ford’s laboratory in Palo Alto, and those same engineers began to discuss connecting the cars with smart home devices.

The Nest application programming interface was incorporated into Ford’s sync system by the engineers, which concentrates on emergency system management and home energy. They set it up in a way such that the Nest Thermostat reduces home energy use when the vehicle communicates to it while leaving the house. The same thing happens the other way when the vehicle approaches the house, signaling the Nest Thermostat to set to the user’s preferred temperature.

The Nest Protect system was also incorporated in the connection in the event of break-ins at the house, where the Sync system would be notified of any such event. After integrating these systems, Nest’s Automatic Connected Car Adapter came to fruition and became available for consumers. It creates well-timed temperature adjustments, sending an ETA to Nest when on the way. For the Automatic Pro version, it will send messages to the user’s close ones and contact emergency services if the need arises.

Aside from Ford, Hyundai’s vehicles can also be connected with Amazon’s Alexa devices, making them do similar procedures with Ford’s Nest system. These procedures also include temperature adjustment and automated vehicle security. 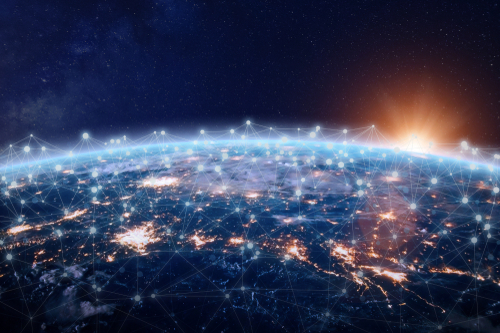 The Flipside of Connectivity

With increased convenience and connectivity comes a steep price. All network devices capable of sending and receiving data can create a potential entry point for hackers. For example, an embarrassing vulnerability in Nest’s surveillance cameras was exposed by security experts: Hackers can simply use a Bluetooth connection to turn them off. Nest was able to patch that particular exploit and has sent security software updates to all its devices, though the damage has been done.

It’s quite ironic that such a seamless and convenient system like the smart home and connected car could also make them vulnerable to cybercriminal activity. Despite Nest and other software companies having up-to-date, sophisticated security software, the system can still be exploited if the password protecting it is weak. A Symantec white paper, “Insecurity in the Internet of Things,” says that weak passwords protecting the network devices are seen as a very serious issue. For home device manufacturers, the paper suggests that they encrypt their devices, provide security analytics, and tell the users to change their passwords frequently.

The rise of AI

Inevitably, artificial intelligence (AI) finds its way into the discussion of smart homes connecting to vehicles. If the software of your smart home device comes with machine learning capability, you know that it can memorize your preferred home temperature settings in relation to your car. The question now is: How far deep can an AI be connected to this system?

Arguments stating that autonomous cars are much safer than human-driven ones have been persistent for some time, but many are still reluctant to hand over the wheel to these robots. Reports of AI-driven cars crashing and/or doing something their not supposed to only serve to reinforce that sentiment. 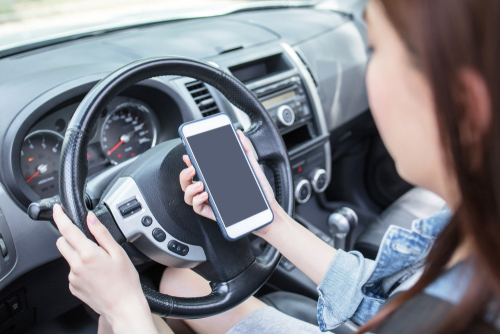 The balancing act between AI and user-directed technology is very delicate and will be the definitive challenge in the near future. As the prevalence of smart home devices connected to cars increases, you may eventually have to deal with a high-strung bot that thinks it knows better than you when doing important things such as charging your car or adjusting your temperature settings. You might even need to correct Nest even though you’re simply driving past your home but the system heats up the home as if you’re arriving there. These devices are convenient and can save you a lot of trouble, but they still need to be put in their proper place as their capabilities and intelligence improve.

Politicians’ Social Media Habits Are No Better Than Yours
Scrolling too much through social media is nothing new. And in recent years we have been doing it so much it's been making our fingers bleed. But doomscrolling isn't only something..

These 9 Words Will Make You Fluent In Internet Slang
Languages, just like all other things human developments, evolve and grow over time. The advent of the internet has allowed many languages to enjoy a plethora of new words and..